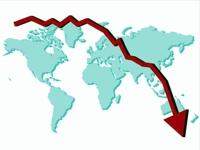 The importance to tell the truth

It is a newspaperĀ’s editorĀ’s job to state facts and not fiction, readers are not fools.

It is most disappointing that I should be obliged to write this article in defence to comments made by an editor of a local newspaper who obviously is making reference to my end of year editorial and certainly failed to see the point. I would have preferred to sell this space or publish something more constructive. Still, I assume he isnĀ´t the only one who prefers to go
around with his head buried in the sand pretending that all is well, despite the fact that he admits to the fact that the days of economic boom are long gone. What boom? It was all built on make believe and other unmentionables, a bubble that had to burst.

He describes our motive as self pity? What planet does he come from? What hypocrisy! Painting pictures in pink and telling everyone that everything is just fine reminds me of Michael Caine in the film Zulu. Why must he persist with the same old story? In any case I think it is an insult to the intelligence of readers because they know what the real score is. I mean has he ever looked at the news?

The increase to 5,273,600 in the final quarter of 2011 means 1.5 million households now have no wage earners. The dismal figures also reinforced SpainĀ’s position as the country with EuropeĀ’s worst unemployment rate. (Independent 28th Jan 2012)

A financial Dunkirk: Britain draws up plans to rescue expats if Spain and Portugal are hit by financial oblivion. (Mail online 18th Dec 2011)

I do not think I need to go on. All he has to do is go out and count the number of people in the street like everyone else has already done. Has he asked at what loss for vendors those few property deals in his area have been closed at? It is a newspaperĀ’s editorĀ’s job to state facts and not fiction, because however much fiction you try and make people swallow, readers are not fools.

Yes there is a serious crisis in Europe but much of it in Spain is self inflicted and we do not want to go there. Do we? ThatĀ’s why we said that we should change... the way we do things and save the dayĀ”. Our article describes the situation and gives one solid advice: - Ā“the end of an era marks the beginning of a new one.

Is it not time to learn our lesson?Ā” WhatĀ’s negative about this? The Costa del Sol needs foreign money and it offers the attraction of a good climate, however foreign investment needs a little more than that otherwise it is not an investment. It is foolish to paint false pictures; itĀ’s what has been done all along to the ultimate disappointment of many that now makes
new investors think twice.

Established foreign residents of the Costa del Sol still continue to reside here and still continue in business and thatĀ’s not to get a tan or to get rich quick. After 20 years on the Costa, I am feeling the crisis the same as everyone else. I have invested good money here in Spain, and I am prepared to fight it out side by side with everyone else, a good reason for getting a little more respect for my purpose and my intentions.

Those who do leave itĀ’s because they should not have come here in the first place, they should have visited just as tourists if they could afford it. We want quality residents and serious business people with the means to run a business correctly.

Of course I am not referring to old age pensioners whose income has been affected by the rate of exchange; I am sorry for them and proud of those who are battling it out. I can only repeat that it is the end of an era and the start of another. You need to adapt and improve and change all the time and most certainly not make people believe they live in a foolsĀ’ paradise. Ā“Change the way we do things and save the day!Ā” 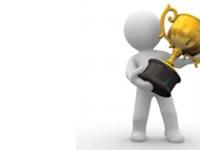 Google PageRank? The facts.
There is PageRank and then there is website Ranking
Two sets of glasses for the price of one from 79.00Ā€

Sergio Pardo wins 12.500Ā€ at the VIII stage of the Casino Marbella MCP