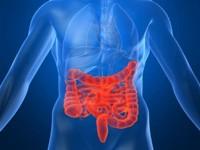 The Difference Between IBS and IBD

Many intestinal disorders have similar symptoms, which can make diagnosis difficult. Irritable bowel syndrome (IBS) and inflammatory bowel disease (which includes both CrohnÂ’s disease and Ulcerative Colitis, collectively known as IBD) in particular have several symptoms in common. The differences between IBD and IBS are actually significant, although it might not seem that way on the surface.

Signs and symptoms in Irritable Bowel Syndrome
Irritable bowel syndrome (IBS) is a condition of spastic colon. It is not an inflammatory disorder. Symptoms of IBS include chronic abdominal pain, discomfort, diarrhea, and constipation. Imaging tests and blood tests are used to rule out the presence of other disorders that may mimic IBS.

Incidence of Inflammatory Bowel Disease and Irritable Bowel Syndrome
Both IBD and IBS primarily emerge in young people between 10-20 years or people in their early 30Â’s. Up to 600,000 Americans are reported to have irritable bowel disease. About 15 percent of the American population is reported to have irritable bowel
syndrome, with two-thirds of all cases occurring in women.

CrohnÂ’s Disease
CrohnÂ’s Disease Is Incurable and affects approximately 60,000 people in the UK, thatÂ’s about 1 in 1000 and between 3,000 and 6,000 new cases are diagnosed each year. Treatment can improve symptoms. Research has shown that the number of people with CrohnÂ’s Disease has been rising steadily, particularly among young people. More recently, numbers have stabilized. It can affect anywhere from the mouth to the anus but most commonly affects the small intestine and/or colon. It causes inflammation, deep ulcers and scarring to the wall of the intestine and often occurs in patches. The main symptoms are pain in the abdomen, urgent diarrhoea, general tiredness and weight loss. Can also be associated with other inflammatory conditions affecting the joints, skin and eyes.

ULCERATIVE COLITIS
The underlying cause of ulcerative colitis is still not known - though the disease is associated with dysfunction of the immune system. In the disease the bodyÂ’s own T-cells attack the lining of the bowel - and ence cause it to be inflamed. The bodyÂ’s immune system then takes this inflammation to be a further sign of infection - increasing the immune response - in a vicious cycle. This situation is what people would term a flare-up.

Ulcerative colitis is treated using a variety of medications designed to either directly reduce the inflammation - such as steroids - or to reduce the immune response such a immunomodulators. It affects up to 120,000 people in the UK, thatÂ’s about 1 in 500.
Between 6,000 and 12,000 new cases are diagnosed each year.

It affects the rectum and sometimes the colon(large intestine). Inflamation and many tiny ulcers develop on the inside lining of the colon. This results in urgent and bloody diarrhoea, pain and continual tiredness. UC can cause inflammation in the eyes, skin and joints Unfortunately the cause of each of these intestinal disorders is poorly understood, and none of them has a cure. The symptoms are distressing, embarrassing and even debilitating. Research and awareness are necessary in the fight to overcome IBD.

Further information at: www.nacc.org.uk there is a Spanish link on the site. 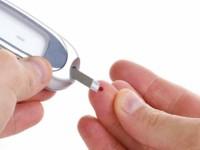 Diabetes Explained
There are two types of diabetes: Type 1 and Type 2
Colonic Irrigation? What Quackery!

How do you know if your child has ADHD or Bipolar Disorder?