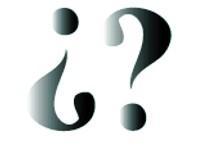 Name this person and win a meal for two to the value of Â€25.00 at the Clubhouse Restaurant, at Los Hidalgos, above Eroski. Send your entry by e-mail to editor@webexpressguide.com by the 15th January 2012. The first correct answer to be drawn will be the winner. With your answer, you must supply name, phone number and area where you live.

I was born in Pinner England in 1947. My father was an RAF Squadron Leader. My parents were divorced when I was young and my Mother married Fred Farebrother.

My stepfather nicknamed me Â‘DerfÂ’. At the age of eleven I won a scholarship to the Royal Academy of Music. My first band was called the Corvettes which evolved into Bluesology. During the mid 60Â’s we were backing American soul and R&B artists. I changed my name in 1972.

My middle name was taken from the horse in Steptoe and Son TV series. My live album 1970 (Â‘17-11-70Â’, as it was known in the UK) truly highlighted my talent as a musician as well as showing my influence in boogie-woogie and gospel music. In 1979, I became the first Western pop star to perform in Israel and the USSR In 1984, I married on ValentineÂ’s Day in Sydney, Australia. I divorced, with no children, in 1997. I then formed my Foundation and hosted a post-Oscar inaugural party in Beverly Hills in March 1993. This has become an annual and much-anticipated high-profile event.

I had to face health issues of my own and had a pacemaker fitted after a worrying angina episode in July 1999. I am a keen football fan and became involved with a major league club in 1976. I also support the St Kilda Football Club in the Australian Football League. I am a noted art collector, with reputedly the largest private photographic collection in the world. I live in Windsor, England, and have homes in Venice, Nice, London, and Atlanta. WHO AM I?

The most complete answer: Anthony Hopkins 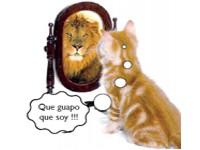 And the award goes toÂ…
ME!! Well, why not?
Horoscope Costa del Sol