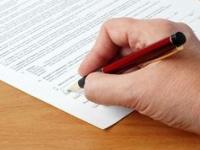 But what are the potential downsides? By Richard Alexander Dip. PFS

If you have pension benefits which are still held within a UK pension arrangement, you might have been thinking about transferring into an overseas
pension which allows you to have access to the whole accumulated fund value. After all, there are people advertising this service so perhaps you assume that it must be OK.

However, to do this you need to break the existing Trust which gives birth to the concept of Pension Busting. To achieve this you will typically need to utilise a Qualifying Recognised Overseas Pension Scheme (QRO PS), based in a jurisdiction which allows 100% pension fund withdrawal. Before we move on though, it is worth considering who these schemes are Recognised by  the answer is HM Revenue & Customs in the UK. Except in the case of triviality with very small fund values, HMRC do not allow 100% fund withdrawal, their maximum is 25%.

However, where funds are transferring to an overseas pension, HMRC have a requirement that at least 70% of the transferring fund should be used to provide income. Consequently, agreement has been reached with some jurisdictions, like Guernsey and the Isle of Man, to allow 30% to be paid as a lump sum  there is no such agreement to allow 100% to be withdrawn.

If HMRC withdraw recognition of the QRO PS at some future point, it wont be the Trustees who have a problem but potentially, the individuals who transferred their benefits! Where benefits are paid in excess of the amounts allowed by HMRC , the tax penalty is 55% and there is a view held by some that it is only a matter of time before HMRC seek to recover this tax. How could they do this if people are now tax resident overseas?
Possibly through the general sharing of information which is occurring between authorities and existing Dual Tax Treaties If you decide to follow this route however, another question is how much of your fund will be taken up by charges.

Furthermore, if you are Spanish tax resident, how will the amount you receive be assessed for tax? It certainly wont be tax free and could result in a substantial tax bill which eats in to the value even further. The biggest downside of all though comes when you ask the question  why did I join the pension in the first place. In all probability, this was to give you income in retirement, providing you with a secure financial position in your later years.

As attractive as it may seem to take the fund value now, how will you then top up your State pension benefits? The best advice is to make sure you have considered all of the alternatives and looked at the downsides because once your pension is Busted there is no way back! 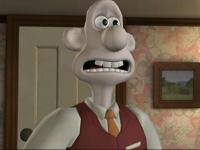 Boy, oh boy! There is so much to put right!
Where do you start to put right all those years of gross mismanagement?
MARKETS: up today  down tomorrow; so what next?