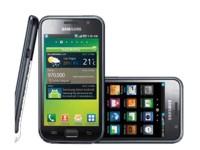 Is it a human-like robot or a mobile phone?

Essentially it is an operating system that makes mobile phones, as we know them, a thing of the past. How far back in the past? Imagine going from a black and white television set of the 50s to one of todays plasma sets in the space of a few months, yet still in its infancy.

Android is an operating system originally designed formobile phones, like IOS, Symbian and Blackberry OS. What makes it different is that it is based on Linux, a free operating system kernel, free and multiplatform. The operating system provides all necessary interfaces to develop applications that access the phone features (such as GPS , calls, calendar, etc..) in a very simple programming language, well known as Java. The amount of available applications extends to almost limitless user experience due to the simplicity and the available free programming tools for this operating system.
One of the best features of this OS is that it is completely free. It costs nothing to program on this system or to include it in a phone, thats why it is so popular with manufacturers.

This mobile system was virtually unknown until 2005, when Google bought it. This gives you an idea of the speed at which this new operating system is moving forward; the OS has quickly positioned itself as worlds bestselling mobile OS, by the last quarter of 2010.

The launch of version 3 of Android, which is optimised for tablets, takes it beyond mobile phones onto larger devices. Android is Googles way to tackle mobile communication. These devices come with Google pre-installed and are constantly connected to the Internet.

I am still discovering what my Android mobile can do. Yes, I can make calls in the usual way as well as video calls, I can listen to the radio, take pictures, films, record conversations, receive my emails and other messages, I am constantly connected to Google and the Internet. I can even use it as an internet router for other computers. I keep finding new applications every day.

I know that progress moves fast but I do believe this OS is at its infancy and the full extent of its usefulness can best be appreciated when tailored and incorporated in all your communication systems by a professional with up to the minute knowledge of new developments.

It you are serious about having the most advanced communication systems available perhaps you should get in touch with AgAV-Technology. It costs nothing to enquire. 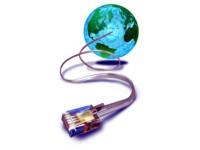