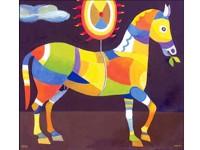 Pepe Morales was born in CĂłrdoba in 1933. Ever since he enrolled at the Escuela de Artes y Oficios de Capuchinos de Sevilla, at the age of 12, he has not ceased his training in the world of art.

In 1952 he founded the Â“Joven Escuela SevillanaÂ” and became member of the Â“Guadalquivir Camilla.Â” In 1953 he qualified as a drawing and painting teacher however he preferred to travel and paint the landscapes in the north of Spain. He then obtained
1st prize at the SEU Provincial Exhibition in Seville. In 1954 he made a solo exhibition at the Sala Municipal de CĂłrdoba showing his landscape creations.

One year later he launches his second exhibition at the Club La RĂˇbida in Seville. In 1957 he attended nature drawing classes at Saint MartinÂ’s School of Art, London. This is when he started to experiment with abstracts in papier machĂ©, jewellery stones, fabrics, etcÂ… Some of his most notable awards are the 1st prize at the X Bienal in Marbella in 1955; the prize for painting at the Ist Bienal de Arte de la ciudad de Lucena; a Mention of Honour at the IV National Painting Competition of Cordoba and the National Painting Prize of Monte Piedad and Savings Bank of Cordoba, among many others.

Looking back over more than 50 years in the art world, one should note his two large exhibitions, one at the Museu DocesĂˇ de Barcelona and the other at Le MusĂ©e du Montparnasse in ParĂ­s. 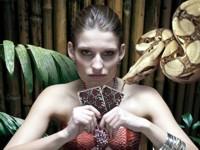 A professional Tiler on the Costa del Sol