Boy, oh boy! There is so much to put right!

Where do you start to put right all those years of gross mismanagement?

We are 3 quarters through the year and so much and I am fed up paying for other peoples mistakes. Yes, it is us the poor, honest hard workers that get ripped off every time.

Why not start with that imbecile, Gordon Brown, who, against all common sense and all the warnings and advice given to him, insisted and proceeded to sell of 400 tonnes of British gold reserves at a loss estimates to have cost the Treasury 2 billion pounds at the time. That is not the only blunder, its just the largest. Then he proceeded to fulfil his life long ambition in order to bring the country further on its knees as PM.

Guess what happens when money is not worth the paper its printed on. What would that gold be worth now? Would it have lessened the gravity of todays crisis?

Then comes the next most stupid decision to bail out banks. Who paid for it? You and I, the tax payers only to watch the banks take the p.ss and give nothing back. PROFITS at the two banks bailed out by taxpayers rocketed last year, as they gave millions of customers a raw deal. Royal Bank of Scotland hailed NatWest as its star performer after revealing a 500% surge in profits to £1.4billion from its high-street branches last year.

At the same time, Lloyds, Britains biggest banking group which includes Halifax, tripled profits from its UK retail business to
£4.7billion. Can you believe it? How did they do that? There was no effort made to cut cost and improve profitability other than to squeeze clients.

Have you tried to ask for some help to improve your cash flow and ride the economic crisis created by the banks in the first place? This means we are paying twice. Perhaps we should take a leaf out of Chinas book and keep banks on a leash and well under control. I mean how can you let a bunch of greedy, sponging companies control the economic climate of a whole country with their wheeling and dealing, a whole continent for that matter, and put the whole world on its knees for their own benefit?

This is not meant to be a political view on party policies, I honestly think that we could do well without politicians who, after all, just exist to line their own pockets. But lets face it, after Tony Blair, the American lap dog and his Chancellor, followed by that idiotic PM, that have grossly contributed to the present situation, I think that Labour should learn to lie low and not put forward Gromet MP to tell everyone where everyone else is going wrong.

The parties to the left are supposed to put money into poorer peoples pockets, well over the last few years, starting with Blair, they have certainly done that all right, except they put it in their own pockets at the expense of the people. Harold Wilson was the only labour PM who served his country well in my lifetime and probably the last, because I see nothing much on the horizon.

I tell you what though! I am tired of paying, paying and paying all the time in order to satisfy the greed of the few. I think that banks should be made to pay every penny back. When one of their clients falls behind with repayments, they call it default, but when they do they call it an economic crisis for which they should be bailed out. Talk about whats good
for the goose

When is someone going to do something that really improves life? When is something going to be done to seriously curb immigration, which is squeezing the life out of Europe? I am paying for that too! Why are we sending billions to African countries when we are in dire need in our own country for the same purposes? Who is making what out of it? I think we
have good reasons to be suspicious, dont you? You really cannot tell how far some people are prepared to take greed. 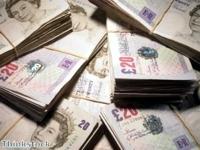 MARKETS: up today  down tomorrow; so what next?
Time is a major factor, not only the timing of making or encashing investments but also the timescale as to when you need to gain access to the capital
Chasing Income!

The Art of Successful Financial Planning