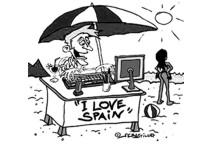 Living beyond your means?

Once upon a time, the Costa del Sol, Marbella and Puerto Banus were about to become the Spanish alternative to the Riviera, Cannes and Nice. Famous actors and actresses, Royal Households and multi millionaires started to buy homes and holiday homes in what seemed to build up to be the Â“Spanish RivieraÂ”. Golf Courses, hotels and other aspects of the infrastructure started to be created to cater for the wealthy visitors and resident of the Costa.

Unfortunately, what was overlooked is the fact that Spain has always been a most popular summer resort, especially for UK holidaymakers seeking the cheapest vacations. A trend that was started years ago by our dear Freddie Laker and his cheap flights to Spain. Cheap holiday makers and Sofia Loren, Sean Connery and Arab Royalty do not mix and a contradiction was thus created when the cheaper holidays started to creep beyond Belamadena, Fuengirola and Torremolinos, past Calahonda into Marbella and beyond.

Holiday makers, misled by the cheapness of their holidays, started wanting to reside on the Costa and, with the little capital available after the sale or remortgage of their home in Britain, they believed they could become Costa residents and rub shoulders with the elite. After all they could survive on their pension, rent from their home in UK or even Social Security benefits, and, at the very worse, open a business to serve the rich neighbours with no need to learn the local lingo.

In reality, Sofia Loren, Sean Connery and many others clearly did not like living next door to these newcomers anymore than they did in their own country, so they have left, practically all, leaving these newcomers high and dry and having to pay high prices without the privilege of living in the same town as the famous, just to keep up with JonesÂ’s.

Then came the rate of exchange problem, the pound imported from UK was no longer yielding the value in Euros, mortgages on UK homes became more expensive to maintain, the Social Security became keener in catching cheats, the Spanish started to get stricter with their surveillance on tax dodgers.

Gradually residents started to look for cheaper areas where to live and/or have a business and so the musical chairs game was started. Those who lived or had a business in Puerto Banus moved to Estepona or Sotogrande, then those from Estepona and Sotogrande who found the areas unaffordable moved to Manilva and Sabinillas to find out that they were still living beyond their affordable means. This is why there is a high concentration of businesses trading illegally or from home, hoping to survive the other factor that made it all worse: The Recession.

But this type of business has very little chance of surviving. In the first place there are too many of them competing with each other and in the second place they do not have the means to market their goods and services as they should, so they use cheap advertising media, they have no real marketing strategy and most of them know little or nothing of the service they say they provide. This would explain the notable exodus of foreign families from the Costa and the increase in the level of petty smuggling.

True enough there are still Â“nouveaux richesÂ” living and moving to the Costa, but they are not of the same breed, this is another matter, whatÂ’s important is that it will never be the same again as it used to be. As I have said in previous articles, we welcome new residents to the Costa however we want quality residents, people and families who do not need to live beyond their means, and if they start a business, that they do so correctly and legitimately without the need to steal business and ideas from other existing successful enterprises who are legitimate and pay their dues.

I believe these changes are taking place and those who do not deserve to be here are being forced out in a Â“Pincer MovementÂ” to gradually make room for a better life on the Costa. The process may take a while, but I think it will happen. 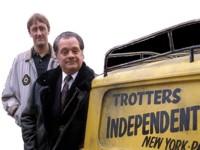 No income tax, No vat, No money back, No guarantee
A hilarious sitcom of the 90Â’s that reached record popularity with all types of audiences.
Advertising Choices on the Costa del Sol: The facts II

Advertising Choices on the Costa del Sol The facts

Obesity, the curse of modern times