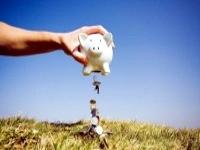 There is no single answer. By Richard Alexander Dip. PFS

There is no single answer which is right for everyone. Personal circumstances, combined with the type of pension scheme will dictate whether a transfer is worth
considering. Some schemes are best left in the UK and not all pensions will allow a transfer, particularly if you have an occupational defined benefits schemev which is already in payment for example.

Where a transfer is permitted, there are certain attractions with both QROPS and QNUPS and both offer a route to severing ties with the UK as far as pension rules are concerned. QROPS providers are required to report certain activities to HM Revenue and Customs in the UK until you have been non UK tax resident for 5 complete tax years.

This will cover any withdrawals by way of a lump sum or income to ensure that they remain in line with UK rules. In the event of death within that 5 year period, the UK rules will also apply. Having completed 5 years, the reporting back to HMRC ceases and it will be the rules applicable in the jurisdiction where your QROPS is based which will determine what benefits can be paid. Remember though, it will be your country of tax residence which determines what tax is payable on any benefits.

QNUPS are available once the 5 years have been completed and may be worth considering as an alternative to QROPS for some people, as they can offer greater flexibility of investment, including residential property. It is worth remembering though that these schemes came about as a result of European legislation and actually, HMRC donÂ’t like them but they have to tolerate them. HMRC retains the ability to de-list schemes by removing recognition if they feel that the original objectives of the pension are being abused. We have already seen this happen in the Far East and it is the individual clients who are the potential losers.

It is not safe to assume that because you are no longer UK tax resident that HMRC cannot reach you. Authorities are sharing information on an increasing scale and in particular, where a dual tax treaty exists between the countries, as it does between the UK and Spain, HMRC do indeed have a route to gaining access to individuals. So be very careful if you are considering an option which allows benefits significantly different to UK rules, after all, it wont be the QROPS provider who suffers any penalty! 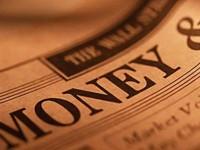 Investment types Active versus Passive
There have been many words written to argue in favour of either active or passive investments and it is fair to say that both have their merits. - By Richard Alexander Dip. PFS
The Art of Successful Financial Planning

Live your dream in Spain and not a nightmare!

High returns for little or no investment?