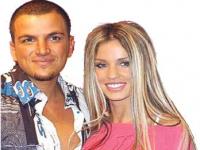 Abusing the freedom of the press!

Should we Â‘Super InjunctÂ’ the judges? Ask the Prickly Pair?

Well, I must say I am a bit down at the moment! Bad News! I have been trying for weeks to get one of those Super Injunctions against my bank manager to stop him divulging to my husband how much I spend, but apparently it canÂ’t be done. Why not? Everybody else can get one, I want one.

Maybe I should try it in England, I hear the judges there are all for it. Perhaps it suits the judges, may be they want to ban photos because they themselves do not want wish to be seen on the pages of newspapers in wigs and robes, and by that I do not mean their Court Room apparel, I mean wigs and robes, you know, ladiesÂ’ ones. So obviously banning them or to be more legal Â“Super InjuctioningÂ” them would or could be in their interest.

Really we all know most footballers like to score with anything as long as it has a false tan, false boobs, capped teeth, hair extensions, and everything else. So whatÂ’s the big secret? Honestly, and what about the women? If they canÂ’t hook him and then keep him, the next step usually is to go to Max Clifford et al, and hey presto instant fleeting fame, call it foot in, as in the door to Â“DÂ” class fame. AndÂ…what about the footballers themselves? Well letÂ’s face it, itÂ’s as good a job. Their occupation involves using their feet, thatÂ’s about as far away from the brain as you can get.

What certainly gets on my nerves are the women. Do they really think, after picking them up in some meat market Totty Club, it would be love forever? No, they do not or are they really thicker than they appear to be, possibly yes.

So what is it with celebrities? In Court they should be allowed to choose between A) Photos & News or B) No publicity whatsoever. If faced with no publicity, stories, no photos at all, including Twitter, Facebook, internet, magazines, well the lot really, what do you think they would choose?

I mean look at Peter Andre and his ex Jordan, where would they be now? Now on telly we are getting Kerry Katona. SheÂ’s never done anything! Oh! Apart from getting fat and taking drugs; itÂ’s a sort of moving program, moving on to what? ThatÂ’s scary!

What these minor celebrities are famous for is being in the press. So they want it banned! Oh! They mean they only want the good photos and nice things said about them. What cÂ—p! ThatÂ’s like the Yorkshire Ripper saying yes I know I was bad, but I did have a cat. Ahhh!

Anyway how could a footballer exist if he is not to appear to the public? Would he play with a bag over his head? I wish!

I wonder, is it possible I could take out a Super Injunction to stop them appearing in my newspaper and on my telly screen? Bet not!

Till next time, say cheese 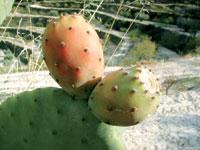 Royal v Common?
No doubt the wedding will be over by now and the bunting put away. WhatÂ’s probably starting now is the Â“is she or is she not pregnant?Â” questions or Â“do they look happy?Â”
Its not what you say

The Cycle of life