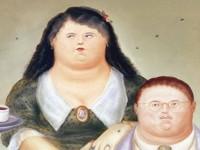 Obesity, the curse of modern times

The threat of cardiovascular disease reaching pandemic proportions is fast becoming a reality.

For example the Republic of Nauru (formerly Pleasant Island) has hit the top of the scale with 94.5% of its population being obese. This is clearly attributable to the change of diet brought about by the spread of western fast food. Originally Nauruans practiced catching young milk fish, acclimatized them to fresh water, and raised them in the lagoon. The other locally grown components of their diet included coconuts and pandanus fruit.

Bangladesh, the Democratic Republic of Congo and a few countries in sub-Saharan Africa and east and south Asia have escaped the rise yet the women of Southern Africa are among the fattest in the world.

Although high-income countries such as the US and UK have managed to contain the increase by reducing blood pressure and cholesterol with drugs and dietary changes, nevertheless 74.1% of the US population and 63.8% in the UK are obese. Even in Japan, historically known for its low cholesterol levels due to the high consumption of fish, levels have risen alike in western Europe, as the Japanese adopt a Western diet.

Fastest growing: US
The US saw the biggest rise in BMI (Body Mass Index) of all developed nations. A sedentary lifestyle and the rising consumption of fast foods and sugary drinks are behind the rise.

Slimming down: Italy
Italy is the only high-income country in Europe where BMI declined - for women, from 25.2 to 24.8. Even among men, Italy saw one of the smallest increases. The classic Mediterranean diet - pasta, vegetables and fruit - is one of the healthiest in the world.

Fattening up: UK
The UK has the sixth highest BMI in Europe for women and the ninth highest for men (both around 27). The rate of increase has been second only to the US for men.

S. Americas biggest: Chile
The scale of increase in obesity in southern Latin America is second only to the US among men and ranks fifth among women. Rates of obesity soared in Chile with the end of its dictatorship in 1990 and a surge in fast food restaurants and some critics are now calling for a junk food tax to be imposed.

Worlds thinnest: Bangladesh
Bangladesh is the worlds thinnest nation. Rice is the staple diet and millions go without enough to eat. More than half of children - more than 9 million - are underweight and have stunted growth.

Fattest on earth: Nauru
Nauru is the worlds fattest country, with an average BMI of 34 to 35. This is the smallest island nation in the Pacific with less than 10,000m inhabitants where the most popular dish now is fried chicken and cola.

But it is not all attributed to fast food. In the early days of retailing, all products were generally servedby an assistant from shelves behind the merchants counter while customers waited to be served.

Nothing was individually wrapped in the consumersize packages that we take for granted today. The fish was purchased at the fishmongers, the meat at the butchers, the fruit and greens at the greengrocers and the non perishables were sold by grocers. I believe it is the growth of supermarkets all over the world that is making a serious contribution to obesity in this world.

Looking for better ways to increase the shelf life of perishable means that perishable are no longer as natural as they seem to be. My previous article on Edition 98 (Sept 2008) relates specifically to the problem of food preservation.

Forget the frozen packages ready for microwaves, forget the oven-ready meals, forget anything that has been prepared to make your life easier stick to basic fresh products and prepare them yourself. I, am sure you will be and feel a lot healthier. 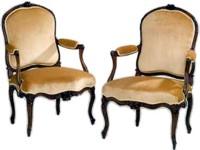 Whats a safe investment?
Antiques offer a unique opportunity for investors because they can perform double duty as an investment and a home decoration.
Is it still an attractive proposition moving to the Costa?

The importance of being client

Its a dogs life in Spain!