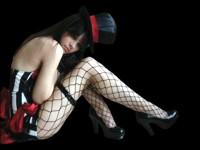 The last decade has seen a worldwide explosion of interest in the Argentinean tango and tango clubs are springing up in the most unlikely places. In London you can tango every night of the week; in tiny towns in Holland, Germany and even on the Costa, tango aficionados gather together night after night. Tango shows play to packed houses on Broadway, in Paris, London, Berlin and Tokyo. Why?

Since the sixties, most social dancing in Western culture has been essentially a ‘solo’ activity, people doing their own thing but, during the last decade, there has been a huge revival of interest in ballroom dancing. The waltz, the quickstep, the Latin dances such as the salsa
and rumba and various forms of jive, but Argentinean tango holds a unique place in couple dancing. The body is closer, more intimate
t h a n in any other dance form, yet the legs move faster and with more deadly accuracy than in any other comparable dance. It is this combination of sensual, meditative, relaxed contact in the upper body and swift, almost martial arts-like repartee in the lowerbody that gives the tango its unique identity. 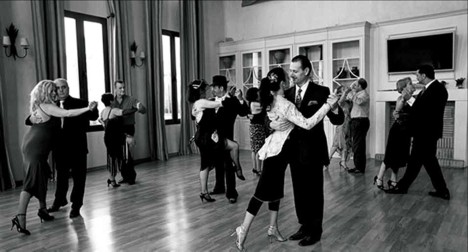 In its day the tango became such a huge sensation that it revolutionized women’s corset use. Manufacturers responded by making special dance corsets, which allowed for greater ease of movement in the upper body. This stood in stark contrast to the fashion’s immediate predecessor, the “Gibson Girl”, which featured long flowing skirts and a tight corseted waistline.

The modern street tango costume exhibits a nod to the past, if not a literal interpretation, in which men sport double breasted suits and slicked back hair, and the ladies often wear mid-calf black dresses harkening back to the roaring 1920s.

All who are tempted to tango unite. The message is spreading again and you have absolutely nothing to lose but your corsets.. This explains why the Moulin Rouge style musical film Burlesque turned out to be a success despite everything else. Cher and Christina rocked the fashion
world with their display of Corsets, Basques, Deep Line Six String Suspenders and Seamed, Patterned and Fishnet Stockings. But hosiery is just the detail!

The fabulous corsets that will give you just the right look are the most important feature. You can team them with a skirt, jeans or just wear them out as they are with tights underneath for that fabulous Burlesque Look. Indeed you can also wear them under a fabulous evening or ballroom gown designed for it and… you’ll be sexy, held-in and pushed up for a fabulous figure and above all, bang on trend!

A corset MUST be made to suit you in colour, fabric and fit exactly to enhance your figure to the maximum. For this, it is essential you contact Iris Seegert in Marbella +34 647 764 426. Who else if not Iris from Berlin!! (See directory) 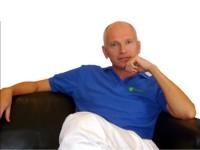 Halloween at the Pony Club in Estepona - poni club