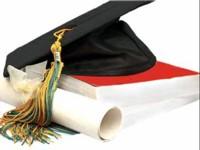 Andô the cost of a degree. By Kathy Dancer of Mayfair Academy

As the rise in university tuition fees debate rumbles on, the universities themselves are now being drawn into the argument as to whether they can justify charges of up to ôÈ9,000 per year. Downing Street advisor, Simon Hughes, has suggested that only about thirty elite universities, specializing in research, may be able to justify charging over ôÈ6,000, however most of the universities in the Russell Group would like to charge the full ôÈ9,000 per annum for all degrees.

There are, of course, courses which simply cost more to run, such as art, and some former polytechnics are suggesting that they should be allowed to charge up to ôÈ9,000 per year for these courses as universities that specialize in research are paid dedicated state cash for
the research and do not require higher tuition fees to cover this.

The Government has released criteria for allowing universities to charge more than ôÈ6,000 per year and they have been working on the assumption that a degree will cost an average of ôÈ3,000 to ôÈ4,500 more per annum to replace the 80% cuts in teaching funding. As if these rises in tuition fees were not bad enough for our future scholars, universities are now denying having an unofficial list of ôÇbannedôÇ A level subjects.

A spokesman for Oxford University stated that there was no unofficial banned list of A-level subjects at Oxford and the only A-level subject that would not be considered towards the standard offer of three As would be General Studies. A spokeswoman for Cambridge University stated that there were some less pre-ferred subjects but to say they were banned would not be true. If students were taking at least two traditionally academic subjects alongside any of the less-preferred subjects, their application would not be disadvantaged.

There are, however, certain subjects that universities do not like and this is built on the assumption that these subjects are easier than others and not academic enough. Most universities provide very clear and comprehensive information on required A-level subjects and which ones will not be considered when making admissions decisions. Subjects such as General Studies, Drama, Citizenship, Leisure Studies, Home Economics and Music Technology are amongst some of the subjects which may be rejected.

Students should be well advised to take note of such requirements for their desired degree courses before picking supplementary A-levels and, where possible, stick to the classic subjects of English and English Literature, Mathematics, the Sciences, Modern Languages, History
and Geography.

With the cost of a degree set to reach upwards of ôÈ18,000 pounds sterling, alternatives such as apprenticeships are becoming more appealing. Students at Mayfair International Academy are given the choice of studying towards A Levels or VRQs in Health and Fitness, the latter giving them professional qualifications which are recognized worldwide. The Academy even has a Professional Footballer course which is run in conjunction with either the A Level course or the VRQ course. 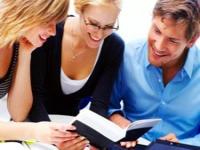 The Importance of a Good Primary Education