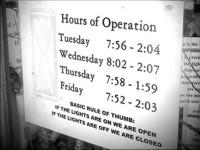 Are you going green? Do you save energy?

Do you turn things off? Well, quite frankly yes, after so much ear bashing. Is it just me or are you getting a bit fed up too with the whole question?

Why do people who live in a cross between a bus and a Transit van never wash their hair and sell bits of stone or some other cp think they are eco warriors? In reality they are lifes drop outs and they used to be called vagabonds.

I picked up a magazine the other day; it was banging on about it being a green issue. What bugs me is that, apart from the obvious green things and eco saving things, once I turned the page, it was packed with fashion pages and social pages covered with images of the beautiful people probably filled with more plastic and silicone then Silicon Valley. Not much natural material there then! And that was just their faces and bodies, never mind enough man made material between them to cover the planet 50 times. Lets not mention the makeup.

A while back I phoned a pool company again advertising and sprouting how eco-friendly they were. Blah, blah, blah... but they also stated in their ad that they sold pool inflatables, toys and other similar products. I asked them if these items were also eco-friendly, and... No they were not! I say either be a warrior, saviour of the earth or not. Lets face it even Superman wore a nylon hero suit.

I have seen another advert selling a gadget to show you how much energy you are using. I assume they want to sell lots of these, but heres the catch, these gadgets are made of plastic and I assume they contain chips and that sort of thing. How hypocritical is that?
If you sell green products, thats fine but dont treat people like idiots and say you have a mag full of green, eco, energy saving, planet saving etc. and then give us the usual ozone busting content. Be one or the other or both but without the bull---t. Dont give us more hot air then Ill probably use in my lifetime.

With electric bills being as high as they are I think youll find most of us are switching off lights and things more attentively. I think that lack of money and the price of petrol are also encouraging people to car share although I would rather pay then share my car. People are probably recycling rather than buy new or throw away too soon. I think the recession is taking care of a lot of problems. Take plane travel, forget it, no money for holidays.

My conclusion is that money is what causes the damage, but to be honest which would you rather have? Ill take the money every time and judging by the society pages and thriving plastic surgery industry, so would most people. This means that eco warriors are only saving the planet because they cant afford to blow their own little hole in the ozone layer. Oh! And because they are lazy.

Till next month, keep plugging away. 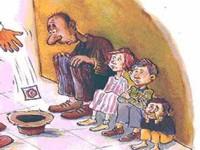 Charity begins at home
Dont get me wrong, I think that fund raising for charity is a great thing.
Would you believe it?

Get a life pet!