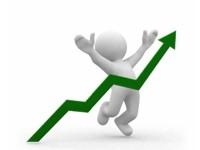 I found networking on the Costa to be a waste of time and money.

To be able to live and reside on the Costa del Sol you need to have means of support by way of capital, pension income or  business/employment income. The number of ex-patriates having to return home during this financial crisis has made this point abundantly clear.

The income from an adequate pension and the availability of capital to live on of course are the simplest solutions; not so simple though if you have to look for a job or start your own business.

Although it is probably not too difficult to find a job in Spain, what may well be difficult is finding the sort of job that pays an income that compares with other EU countries. Average salaries for workers range from 12,000-18,000 p.a. for a full days work, and even lower right
now because of the crisis.

Therefore the next most logical solution is to start a business of your own, however what must always be borne in mind is that the Costa del Sol is in Spain. It may well be a EU country but is does have its own language, its own laws, its own tax system etc. and they
are all distinctively different.

When starting a business in most European countries, especially UK, one can get considerable help from Trade Associations, the Board of Trade, Chambers of Commerce and Institutes, unfortunately such help is practically nonexistent here, not for us anyway.

Years ago it was fun starting a business. Those were pioneering days! The foreign businesses were few and far in between and there were enough foreign consumers to provide enough trade. 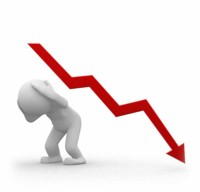 Because of the need to earn an income, the number of foreign businesses  operating on the Costa has multiplied to the nth degree, many are professional companies, run by professional people, but many more are sole traders who have come here with the idea of continuing with the trade or profession they left behind. Soon such persons discover that things are not done the same way as back home and then embark on other trades they know nothing or very little about.

Some networking organisations have spotted the niche in the market and have seen fit to create or even import club-like associations to bring people together, to get to know each other and hopefully do business.

Business people abroad may feel insecure on their own in a foreign environment so they find comfort mixing with others in the same position,
hoping to get the support they are missing. It gives them the sensation that they belong, so they are prepared to pay for it.

Regretfully, this is not the idea behind B2B networking and this is probably the reason why it works in other EU countries but not in the Costa del Sol. The concept is good, unfortunately what must be remembered is that such organisations in the Costa are exploiting this
feeling to make money for themselves and that they do not offer the service and protection that members of a Trade Association
would expect. Lets face it; if it werent for the money they would not be doing it! Having joined one such organisation not very long ago, I am speaking from personal experience.

I joined because I thought it was a good idea, unfortunately after one year I realised that no one was really interested in helping anyone else, they were too eager to get business for themselves and even ask for payment for introductions (if any), never mind helping anyone else.

The little business I got from one or two members did not warrant the fee I paid to join, nor the time and effort spent to attend meetings. I would have done the same anyway, perhaps even better if I had put the time and money to better use.

If you are a professional person or tradesman who is worth his salt, you do not need to waste your time and money to satisfy your feeling of insecurity. Pure and simple hard , honest work is the answer. 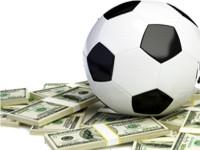 Is today's football worth watching?
It is part of human nature to take greater pleasure when gathered in crowds to watch something entertaining.
Moving to the Costa?

Global warming or is it the childrens fault?