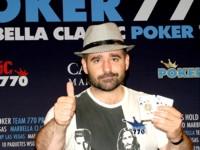 The next and final stage will take place on the 23rd, 24th and, 25th of July with a buy-in of 350  and its corresponding re-buy. Poker 770, as the official sponsor, offers online satellite games, accessible free of charge, with guaranteed prizes of 700  y 1.200 .

Up to 104 players sat at the Casino Marbella tables to compete during three intense exiting days of play that ended with David Algarra as the winner.

Out of a kitty of 59.850 , 18.550 were allocated to the winner and the rest to those who played at the final table, such as Sergio Rios PatxyPot, César Ordóñez, Nigel Goldman o Joaquín Serrano Yiyo among others.

Players from Italy, France and United States got their place via the online satellite games organised by Poker770 as the exclusive sponsor of this event and a total of eight have won the prize parquets of 1.200 . Two of them actually reached the final table in 3rd and 7th place.
As far as other participants are concerned we should mention Marga González, Raúl Vicente, Julián Galán, José Luis Cordero and players of the Pro Team Pro of Poker770 such as Víctor Mendicuti Mendi, Paco Torres El Tren y Ricard Bozicevich Conejoloko.

A presentation to the media took place on the Friday before the start of the games. officially introducing the Marbella Mob poker team players whose four members are well known in the national and European poker circuits, namely: Donna Fransz, David Dancey, Gary Collins y Nigel Goldman.

The league position in respect of the 9 qualifiers and respective prizes is as follows: 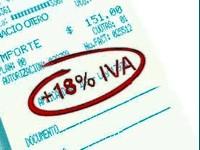