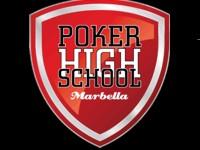 After three intensive days of exciting play, the 3rd stage of the Marbella Classic Poker 770 league reached its final moments on the Sunday just after midnight, with a victory by Gary Collins, a British resident on the Costa del Sol, who received a prize of 16,130.

The Dutch Gerald Van Leest had to be content with second place and a prize of 9,260

On the Friday 98 participants subscribed to the game raising the kitty to 52,920 with 48 re-buys and 25 add-ons. Some well known online players were also present.

Among the big players the presence of some well known players LiiPoker o Azartia Poker was obvious. Further more there were various players from the Picas Club of Granada, the Nerja Poker Club and the Sex Poker Team.

Once more this last one showed that he is the player in best shape within the national circuit. At the final table, watched online by thousands of people, Raúl Vicente stood out with his usual game tactics.

As far as the girls are concerned, amongst the better players was Margaret Shilliam.

The next date is in June, on the 11th 12th, and 13th in order to battle for the 4th stage with a buy in of 350 and its corresponding re-buys. As the oficial sponsor of this event, Poker 770 allocates to online satellites weekly packets of 700 and 1,200 prizes totally free.

The league position in respect of the 9 qualifiers and respective prizes is as follows:

Web Express Guide Diners' Club
Now that summer is approaching, we decided to pay a visit to a rather special Chiringuito.
Sport Vets Clinic

Paddocks or turnout is now available