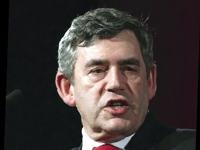 The Priclky Pair have another say on the pending UK election

Well, Ggordon Brown has been in trouble in the news for apparently bullying, shouting and pushing people. Excuse me! I see that as a vote winner; as far as I can see is it not the Prime Ministers job to do as the people want?

Well, I dont know about you, but I think more politicians and MPs should be slapped and pushed around a bit.

Have you noticed how the wives have been dragged in to show the lovely, common side of their husbands? Michelle Obama reveals that her hubby has trouble putting his socks in the dirty clothes basket. Samantha Cameron lets it slip that David is not very good at picking up clothes and we all know where Gordon Brown should put a sock in. Yes, his mouth; but she loves him because he always makes time for family and friends and in fact anyone who needs him. The next time my washing machine breaks down and need somebody, know whom to call then (not)!

After 46 years in the Labour Party and 25 years as an MP Peter Kilfoyle is retiring (who?), but not before slagging off the labour party. What took him so long? Ooh! The perks, the 2nd homes, money, holidays and all that I assume. If I worked in ASDA for 2 days on the check out and my chair was uncomfortable would complain, I might get a new chair or get sacked for being a trouble maker, but, guess what, I would not be sitting on that chair for years. Oh, No!

What about Andrew Mitchell, the tori millionaire who claimed for a bottle of 13p Tippex? I bet all MPs from all parties are claiming vast amounts for Tippex, maybe to amend their expense sheets, seeing as so many of them made mistakes; maybe those 2 homes should have been 1 after all, and maybe that £100,000 was in fact £10, but they mistakenly put too many 0s, so this is why they suddenly needed tippex. An easy mistake (not).

And who the heck is trying to make trouble for Mr Cameron? Apparently he made jokes about the SHORT French Prime Minister Sarkozy. What another vote winner? I think it shows the man is more common than we thought and more in touch with the common people. Dont we all laugh at the French? Anyway the French did not like it. I think Sarkozy should stand tall and be the bigger man and rise above such behaviour, not get on his box and demand respect. Thats not the way forward.

NEWS CLOSER TO HOME
News that started a short time back has suddenly kicked off. The worrying trend of, wait for it, selling clothes. What happens is that instead of giving to charity women are, I can hardly bring myself to say it, selling their clothes off their backs!

Come on ladies, had you not been showing off in the first place you would probably have some money left. Were you living beyond your husbands means? Naughty, naughty! Ladies it is not a trend, its not being ECO friendly, its obvious you need the money. But be warned, whos buying them? Can you imagine? Come summer, when youre gathered around some posh pool somewhere? Youve guessed it! Your dress turns up on someone else! Still am sure you wont mention it, neither will she. Its just a financial arrangement; its just soooo sad and desperate. Heres the thing, real rich ladies dont do it.

Anyway what will your Filipino maid wear now? What will the charity shops do? Oh, I know! Why dont the charities arrange a group of Z list Coastal Karaoke singers, only known on the coast, and get them to bring out a CD. Oh! they already have, I wonder whose clothes they were wearing?

Till next time beg, steal or borrow but, ladies, dont sell. 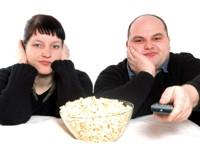 Such a turn off!
Say the Prickly Pair
Colour Blind