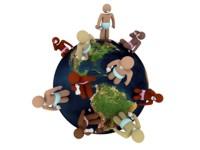 This is what God told us to do, but it is also a polite way to another meaning.

Although it is predicted that most of the population growth will take place in Africa and Asia, nevertheless it affects all other countries globally.

Virtually the entire planet is overpopulated and resources are being gradually depleted due to the higher consumption of basic needs and to accommodate more people at the expense of forests and the animal kingdom.

The earths capacity to feed its inhabitants is rapidly diminishing while the destruction of the global environment systems is gaining pace. It is stated that more than 80% of forests have been destroyed to date, the thought is frightening.

Some 65 million years ago, an asteroid wiped out the dinosaurs from the face of this planet; currently some 30,000 species of animals are becoming extinct each year, not because of an asteroid impact, but because of one single dominating specie, the human race, which in turn is creating its own extinction in time.

Overpopulation is the most serious threat to mankind. We are already experiencing the effect of overpopulation in our daily life, we have already started exceeding the carrying capacity of our habitat which is why economic inflation, oversupply of services and scarcity of jobs are making a misery of our daily life.

The problem is indeed very serious, it is not one that can be swept under the carpet or left to nature to take its course. Is it conceivable that the damage being caused to our natural resources is triggering nature to defend itself thus causing a greater number of natural disasters that are wiping out large numbers of people? Tsunamis, earth quakes, floods, winds, we are seeing a growing number of catastrophes and some are of proportions never seen before.

It is extremely difficult to find a just and fair solution to this problem, however, when a problem is identified, it needs to be resolved and eradicated or else the consequences become inevitable. It is all very well to start planting trees, controlling fuel emissions, reducing pollution and so on these are measures that contribute to temporarily diminish the gravity of the problem and will only delay the inevitable; therefore the correct balance to stabilize the situation is needed now.

It is time to wake up and smell the coffee. By the time it becomes possible to conquer and emigrate to other planets it will be much too late. Science fiction may well have stimulated our creativity in technology in the recent past, unfortunately the level of technology necessary for this type of solution is pretty much in its infancy and, quite frankly, who wants to spend the rest of his life in a fish bowl on the moon?

The cause of the imbalance produced by overpopulation is attributed to some very definite factors and we can start with the mortality rate. Most of the dreadful diseases that plagued the human race have been and are being conquered, resulting in a prolonged life span for the human race. A major contributor to overpopulation!

The progress made in nutritional science has contributed to an increase in the fertility rate, and also there are now medical treatments that can help conception. This is in response to our natural urge to procreate. Unfortunately medical progress in this area is another contributor to overpopulation. And, lets not mention some religions.

Migration is another relevant factor. The swelling of population ranks or crowding created by people moving from one area to another in search of better prospects of life. This creates a serious imbalance in the population density, particularly when immigrants are incapable of understanding the problem of overpopulation through ignorance and multiply like rabbits. Without the need to identify the source of immigration, lack of family planning is commonly seen in the illiterate parts of the world. This is one of the very major factors leading to overpopulation.

So what is the solution? Are we really doomed? Is the human race committing suicide?

World wars have certainly contributed to curbing overpopulation in the past, but this is not a practical solution, in any case another war on the same scale as the last may well wipe out the human race any way.

Assuming that they are well aware of numbers to reach the correct balance between population, density and resources, the Chinese may well have solved their problem in curbing population growth with strict controls as to who and when anyone can conceive. The method adopted is certainly effective and it cures the problem almost instantly. Yes the method may well represent a violation of human rights but then, in the long term, every new born can also be regarded as representing a violation of human rights when it contributes to the extinction of humankind.

We call ourselves the human race, but we seem to forget that we are, after all, just another species of animals. We may well be the dominating specie, we may well be able to discover, explore and invent but we are animals with instincts, some of which are difficult to control and in particular the instinct and the urge to procreate.

I do not know what the answer is but I do believe that if we have identified the reasons for overpopulation, first we should immediately try and tackle the problem that is currently causing serious imbalances and I am referring to immigration, particularly illegal immigration. This should be dealt with swiftly and positively and not prolonged into sagas that end up with so called integration. Solve and improve the way of life in areas needing help to discourage migration.

I do not suppose this would cure the problem but hopefully it should slow down the process long enough to put into practice more effective, longer term measures that will curb the growth of population and create a balance between it and the resources available.

Do we have to resort to the Chinese solution? Is it working? There is another instinct that we cannot overlook; it is the instinct of survival. What is the solution to survival? How far do we have to go to overcome extinction? Was swine flu an artificially created virus to wipe out people at random? Do we consider sterilization at birth? 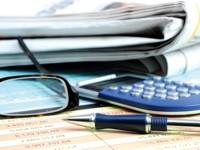 Climbing out of recession.
I believe we are now on our way to recovery, but by Edwin Gladstone.
Bring back Christmas past!