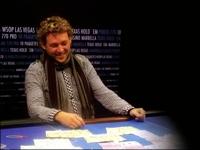 The first stage of this main event started at 8 pm on Friday the 5 th Mmarch and it included 17 qualifiers from the 50 participants of the satellite game of the previous day.

In addition to the large number of participants the most remarkable event on this first day was the elimination of one of the greatest poker players. ValentĂ­n Berruezo was the first player to exit the tournament. Bad luck seemed to plague this player.

By the Sunday there were only 10 remaining players for the final table. They all had prize moneys and points for the league. The record number of players (119 ), as well as the rebuys (60) and addons (20) contributed to a prize pool of 2,685 Â€.

The finalists sat down at 5 pm to conclude the tournament by midnight after a hand to hand lasting more than two hours between the finalists Sergio RĂ­os Â“Patxy PotÂ” and Halit Sahitaj Â“AlexÂ”. At stake were the prize money and the qualifying points of the Marbella Classic Poker 770 league which consists of 10 entries for the World Series of Poker of Las Vegas.

The next tournament will coincide with the Semana Santa on the 1st April (satellite) and 2nd, 3rd, and 4th (main event). There will be a freeze out of 770 Â€. As from the Monday of the same week there will be a sit & go classifier.

Is it yours too

Editor's comments: We do our best!! 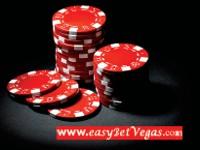 Easy Bet Vegas
Bingo and other safe betting on line, 24 hrs every day.
Nutri-Cleanse have moved