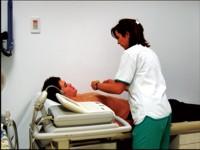 Ā“Awareness of Sudden Adult Death Syndrome is very important before embarking on to any physical exercises, even for your peopleĀ” states Kathy Dancer of Mayfair International Academy.

Every week, in the UK, approximately 12 young people lose their lives through SADS (or Sudden Arhythmia Death Syndrome). A staggering 80 per cent of apparently healthy 14 to 35 year olds who die from SADS will have shown no previous sign of heart defects until it is too late. 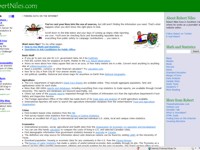 Medical experts believe that the singer, Stephen Gately, who died at his apartment in Palma, Majorca, after an alleged eight-hour drinking binge, could have died of SADS. The UK's leading expert on SADS explained that the singerĀ’s lungs had been water-logged very suddenly suggesting that the heart had failed.

In the vast majority of these cases of young people, under 35, this is caused by an electrical fault in the heart known as Long QT Syndrome (LQTS) which is an inherited condition. People with LQTS develop a heart rhythm which is too fast for the heart to beat effectively so the blood flow to the brain falls precipitously, causing sudden loss of consciousness and may cause sudden cardiac death. Not everyone who has LQTS develops dangerous heart rhythms but if one does occur, it may be fatal.

Experts have recently come to suspect that a low-protein diet or drug use can also trigger the heart problem in people with LQTS. Several people with the condition have died while smoking marijuana and one died while using cocaine; anecdotal evidence suggests that some prescription medications may also exacerbate the condition. LQTS, however, can be diagnosed quickly with an ECG (the QT refers to an interval measured on the electrocardiogram) and treated with medications including Beta blockers.

It seems paradoxical that young, competitive athletes and fitness enthusiasts, who are perceived by the general population to be the healthiest members of society, may have a potentially serious cardiac condition that can predispose to sudden cardiac death. With early diagnosis of this syndrome through cardiac testing, however, the condition can be treated and SADS events can be reduced. It is important, therefore, before embarking on any intensive athletic conditioning, which could trigger this syndrome, an ECG should be carried out.

Rigorous workouts, including weight training are part of the sports curriculum at Mayfair International Academy and students on this curriculum must have an ECG before undertaking any intense exercise training. During the first term of the academic year, new students are taken to Hospiten for the test and the graphs are then interpreted by a GP assigned to the task. Once a positive result has been received, the students can participate in the practical elements of the course. The medical staff at Hospiten is quick and efficient allowing the students time to enjoy a complimentary coffee or soft drink in the hospital cafeteria before returning to their studies.

Mayfair Academy is affiliated to Heartstart UK and Sports Curriculum students learn emergency life support training including CPR (cardiopulmonary resuscitation) through Heartstart, which is an initiative co-ordinated by the British Heart Foundation (BHF) to teach members of the public what to do in a life-threatening emergency.