Â“It would seem that certain types are trying to ban pink by getting up a stink-pink campaignÂ”. Say the Prickly Pair

This pathetic campaign is backed by labourÂ’s justice minister Bridget Prentice. She, and no doubt types like her, are all for power suits from day one. How pathetic!

The other day I caught a glimpse of some shaven headed ugly woman on television banging on about little girls being more or less brainwashed into pink as their colour.

Funny, I thought shaven headed, bovva booted, dungaree wearing, beer drinking, ugly women should be banned first. They too are put into a category (lesbians).

And what about those women who think that wearing a suit makes them smarter (i.e. MPs, justice ministers and the like)? They arenÂ’t that smart really! They all got caught with their fingers in the till, fiddling their expenses. Anyway, while they were out playing Â“officeÂ” and the like, their husbands were most likely bonking the au pair, who was probably wearing pink, and thatÂ’s just the husbands.

What is wrong with little girls playing with Barbie or wearing pink? think things started going wrong when women started to want to act like men. am sure that little girls prefer their mummies to wear soft, lady like colours. In any case, wearing dark colours is no guarantee of smartness! While the so called smart women are getting sacked or laid off left, right and centre, Paris Hilton, Jordan, Llady Gaga and footballers wives are all surviving very well.

And something else, who are the women who need to go to mothersÂ’ and toddlersÂ’ clubs and then bleat on about the quarrels with their six or so old daughters? Â“Put your foot down, you silly cows! You are the mother!Â”

Children learn from their mothers and my children are smart because their mother is smart. So, if you are worried that your kids will grow up stupid and pathetic because of the colour they prefer when they are very young, then they will probably grow up stupid, but that has nothing to do with colour. That would be to do with stupid, pathetic, clueless parents and their genes.

Below are some examples of colours, there is a blank space beside each for you to fill in the degree of brain power you think they have -

Now, guess, who do you think makes the most money? I think the pinks, donÂ’t you?

I, for one, never agreed on forcing unisex toys or boys toys on girls. wanted them to grow up as ladies, soft and cuddly. I did not want to push them into masculine roles and did not want lesbian daughters. Is that just me? I wanted conventional girls who later meet men and have children. The family type, and if that means me making them feminine and their daddy the father figure and head of the household as the provider, so be it! Some of us have to keep the world in balance!

Till next time, keep in the pink and keep rosy. 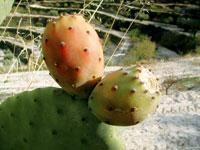 Back to School
" M.P.s could do better" say the Pricly Pair
Who do you think you are?

Lonely or Sad - Join a Forum