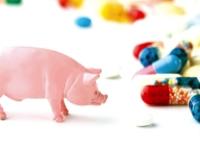 Experts have warned about the potential dangers of using untested vaccines, yet many countries, in particular the USA and Britain (its lapdog), prepare to fast-track inoculations against swine flu.

As of 12th September 2009, the Eearths population was estimated by the United States Census Bureau to be 6 .784 billion while Russias consumer watchdog Rospotrebnadzor advises that the official WHO figures show just over 200,000 confirmed cases worldwide and a total of 1,550 deaths from swine flu worldwide.

Why does the World Health Organization reports that the swine flu is a pandemic spreading rampantly, with two billion people expected to die globally in the next two years? And why so if the majority of Swine flu patients recover within a week after a few sniffles? The numbers dont add up; according to the Centres for Disease Control and Prevention, the regular type of influenza claimed 24,000 lives during the last flu season, yet no pandemic was ever pronounced. Indeed, according to the CDCs own statistics, only a few hundred people died of influenza while the rest was caused by pre-existing conditions and a weak immune system prevalent in old age - http://thinktwice.com/cdc_2001.pdf

A growing number of doctors are now raising concern over whether the drug is being handed out too readily, putting many at needless risk of side effects when in the majority of instances, swine flu is a mild illness. So where is all the panic? Why the haste in producing a vaccine with the intention of inoculating whole populations even before it is proven to be safe?

Pharmaceutical companies in the business of making swine flu vaccines include Baxter International, Sanofi-Aventis SA, Novartis, and GlaxoSmithKline. It is reported that Glaxo will be charging about $6 per dose while it costs the company about $1 per dose to produce it. GlaxoSmithKline is currently reporting a 14 percent increase in its value of vaccine sales, including a worldwide order of 195 million doses of its pandemic flu vaccine.

Remember the avian flu scare which received so much hype several years ago? Very few people died or were hospitalized, yet according to media reports, Donald Rumsfeld alone made $5 million on sales of Tamiflu, which were never needed at the time. Consider also that Adrian Gibbs, a scientist on the team that developed Tamiflu (the drug most recommended for the swine flu), submitted a report stating that swine flu may have been man-made.

Dr. Rokura Hama, head of the Japan Institute of Pharmaco-Vigilance stated that Tamiflu is similar to other powerful drugs that can cause behavioural changes by affecting the nervous system, yet in April the DHS ordered 12 million doses for quick access all over the country as the leading prescription for treatment and prevention of Swine flu. On the 13th November, Japans Health Ministry said that it was looking into reports of a number of sudden deaths of young people who had taken the prescribed dosage of Tamiflu. They also found 64 cases of psychological disorders linked to the drug in the past four years.

Figures from the drugs safety watchdog, seen by the Daily Mail, show there have been 293 reports of side effects from the powerful antiviral since the beginning of April, when the swine flu outbreak began. This compares to the 150 reported the week before - a jump of 143 in only seven days. The cases include heart and eye problems, and psychiatric disorders.

In 1976 one death at Fort Dix N.J. caused health officials to worry they might be facing a deadly "swine flu pandemic". Federal officials vaccinated 40 million Americans during a national campaign but the pandemic never materialized and thousands who got the shots filed injury claims, saying they suffered a paralyzing condition called Guillain-Barre Syndrome or other side effects.

On June 10 this year, Austrian journalist Jane Burgermeister filed sweeping criminal charges with the FBI in addition to earlier ones on April 8 with the Vienna State Prosecutors Office against Baxter AG, Baxter International and Avir Green Hill Biotechnology AG, for manufacturing, disseminating, and releasing a biological weapon of mass destruction on Austrian soil between December 2008 and February 2009 with the intention of causing a global bird flu pandemic virus and of intending to profit from that same pandemic in an act that violates laws on international organised crime and genocide.

In my opinion you should think carefully before deciding to get a swine vaccine for yourself or for your children. You may end up doing more harm than good. All vaccines contain harmful toxins, including mercury, aluminium, formaldehyde, phenoxyethanol (antifreeze) and squalene adjuvants that weaken and can destroy the human immune system, making it vulnerable to many annoying to life-threatening illnesses; andthe evidence seems to suggests that the H1N1 strain was bioengineered in a US laboratory, and the vaccines being produced for it are extremely hazardous and potentially lethal.

Many of the cutting-edge vaccines currently in development by the NIH and its corporate partners contain squalene in one form or another including vaccines for HIV, malaria, herpes, influenza (including the swine strain), cytomegalovirus and human papillomavirus. Some are intended for mass immunization around the globe and that possibility should terrify everyone enough to refuse any mandate or doctors prescription to take them.

NB: Spain has started trying the vaccine before requiring immunizations at schools. 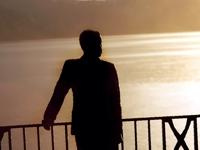 Is it really a crisis?
After all, perhaps this recession is a blessing for the Costa del Sol. Says Edwin Gladstone.
The real truth about the crisis in Southern Spain

Is Britain missing the Expats?