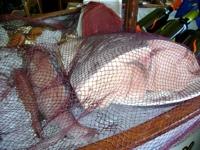 Introduction
Spain is the largest fish consumer in the world after Japan, therefore it is of little wonder that fish is rated so highly in the Spanish cuisine. Ā“El BoqueronĀ” is a recently opened restaurant that makes full use of the nearby Mediterranean in order to offer the freshest possible catch of the day, cooked and prepared by an experienced Spanish chef set on modernising the traditional Spanish cuisine. There are many fish restaurants about, but those that do elaborate on the cuisine and its presentation are few and far in between, so we just had to try it and report.

The Staff
We certainly received what I call a very warm welcome. They were attentive, friendly and certainly most welcoming. Even as the restaurant gradually filled up with people and the pressure was really on, they never made us feel neglected and could not do enough to make sure we were well attended to. This is exactly how a restaurant should attend to its clients.

Atmosphere
Although we sat outside on the terrace, the restaurant inside is very ample with lots of space to create what I imagine will be a winter atmosphere when the weather gets cold. At one point, El Boqueron and the whole of the plaza was heaving with people and diners, even on a Thursday; I do not think the restaurant had a single table available left, I suppose this speaks for itself. We were all drawn into what was one of those rare moments when you feel you are somewhere special. Despite this we still felt quite cosy together as a group having a jolly nice time and an excellent meal.

The Menu
There is very little doubt about the freshness of the fish; you can see some of the fish on the display in the ice filled boat. Naturally, as you would expect, the largest part of the menu is based on fish, however if you happen to be in the company of a person with a different preference, starters, salads and various meat dishes offer the alternative. The cuisine is an adaptation in modern times of the classic Spanish cuisine, which is the traditional adapted to modern expectations and presented to diners decoratively in conformity with what is required of top restaurants.

Wine List
The wine list offers a good choice of excellent Spanish wines available of all types, from white to red and rosĆ©, from Muscatel to Rioja and to Cavas and Champagne. The object is to make the appropriate selection with each course of your choice.
On this occasion we thought that the ChefĀ’s idea to try small portions of as many dishes as possible. We thought that this could give us a better perspective of what is on offer. I decided to categorise them as starters and main courses depending on what I thought was most suitable.

Starters
The menu offers a good selection of cold as well as hot starters, each as tempting as the other, including some rather appetizing soups like Lobster Bisque, Seafood Soups and various other sea food based soups. 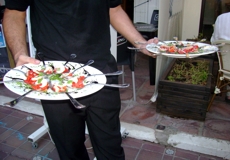 Green & Red Pepper Salad.
Available with and without tuna, for our benefit the salads were presented served on a spoon in order to enhance the presentation. FBA Ā– It certainly looked very attractive; this is a very refreshing and tasty starter, ideal for hot weather and very typical of Andalucia. Give me some bread and a pepper salad and I shall make a meal of it.
Team score Ā– 10/10

House Salad. Ā– An assortment of green salad leaves with a touch of red cabbage mixed with a good portion of prawns FBA Ā– The anchovy and the chefĀ’s special sauce were used to enhance the presentation of this other very refreshing summer dish, again keeping within a fish theme.
Team score Ā– 9/10

Main Courses
Although the selection on offer does include meat such as beef, pork and lamb, the main theme of course is based on fish dishes, where the selection is quite extensive and based on the seasonĀ’s fish to ensure freshness. The list is mouth watering and it even includes Lobster, Rock Lobster and Crab (subject to availability).

Octopus Gallego.
Presented with a decorative touch of olive oil, chefĀ’s special sauce and some finely minced parsley. FBA Ā– Octopus is quite a popular summer dish throughout the Mediterranean and even more so here in Spain. It is absolutely delicious and again very refreshing. The trick is knowing how to prepare and cook it and the chef certainly knows his business.
Team score Ā– 10/10 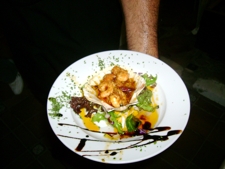 Prawns & Cuttlefish Skewer.
This dish was brought in on a skewer over a small bed of prawnsĀ’ rice. Again it was decorated with the ChefĀ’s special sauce and parsley. FBA Ā– The skewer itself was made up of layers of prawns, and cuttlefish separated by red and green pepper carrots, and other subtly blending greens and covered in a light tomato sauce that did bind the different tastes into one exceptional flavour.
Team score Ā– 10/10

Prawns Pil Pil
This was certainly eye catching. The prawns came in a scallop shell over a bed of mixed salad leaves and the whole place was again sprinkled with herbs, chefĀ’s special sauce and what I suspected was olive oil cured with chilli. FBA Ā– Fantastic! The Pil Pil chilli sauce was magnificently done. It was pleasantly spicy and not that hot spicy which can be unpleasant for some. Really enjoyed it and I could not have enough of that sauce.
Team score Ā– 10/10 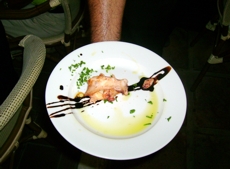 Llobster Paella.
If you like paella, you want to try this and you will never again be convent with just mere paella. FBA Ā– No need to explain what paella is but I certainly need to say that the prawns, shell fish and lobster made a substantial difference to the conventional paella.
Team score Ā– 10/10

Black Rice Paella. Ā– Lets get it clear, the rice is not black, it is normal rice tinted with calamari ink added to give colour to the paella. FBA Ā– Although this is not one of my favourite dishes I must say that it was very well prepared with prawns and shell fish. I thought that the mayonnaise or aioli used to decorate this dish did was surplus to requirement and I put it down to the chef being overzealous
in his intent to please.
Team score Ā– 8/10

Desserts.
After trying all these dishes, every one at the table was more than full up. No one but no one could even attempt to try any of the several dessert, which are listed on the menu as home made. We all decided that the Ā“peaches in muscatel wineĀ” and Ā“the white chocolate cream with green apple ice creamĀ” must be something to try on a different occasion.

Summary
The verdict was unanimous and we all agreed that this was a good choice. The location, the view, the ambience, the service and in particular the food were very, very good and, what is important, the price was much less than we expected for such a good evening. Certainly recommended but please do remember to book, particularly during summer. 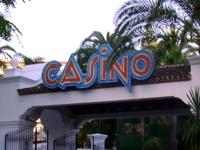