Â“After all, perhaps this recession is a blessing for the Costa del SolÂ”. Says Edwin Gladstone.

Imagine asking a newly formed estate agency in Britain, managed and run by Spaniards, to give you sound and correct advice on all aspects of purchasing your dream property in the UK. Â“Not on your Nelly!Â” I hear you say.

Unfair taxation, overpopulation, high levels of illegal immigration, weak governments, inept and incapable governments, all are but a few of the common reasons why people decide to leave their own country and find a better future elsewhere. Some are simply sick and tired of their incompetent governments, others seek a way to avoid heavy taxation; others just want to find a new country that might offer better prospects.

Historically Australia and New Zealand have been the most sought after locations for British expatriates, mainly because of the language, but that is not say that it is not popular with Italians and other nationals; the draw back is that they are much too far away and the decision to immigrate to such places cannot be taken lightly. You never know when you may be able to return to visit your home land, you do not know if your children will be happy to settle there, nor do you know if you will ever get homesick. Once committed, it becomes somewhat of a permanent decision and it is very difficult and very costly to have to reverse the process.
This is why moving to the Costa del Sol has been so popular with the Brits! The climate is good; itÂ’s only a short flight away so that you can even commute if you want to. Private English schools and colleges are readily available and you can even make arrangements so as not to interrupt the childrenÂ’s UK education. We have even reached the point where, with so many Brits on the Costa, the need to speak Spanish is seriously diminished.

As attractive as it may seem, unfortunately people seem to forget that the Costa del Sol is in a foreign land. It is part of Spain and however appealing it may seem to be, one must be aware of some basic facts before making the move.

It is all right to come over to the Costa on holidays, but if you wish to settle here you must first make sure that you have the means to support yourself and your family. This may be a pension or another form of income from abroad, you may have substantial capital or indeed you may just have a profession that is in demand and that can provide a genuine quality service for anyone needing it. For this latter, research and market knowledge are essential before making the move.
As many have found out, the proceeds from the sale of a home in the UK or a remortgage of a main home in the UK does and will eventually run out. The Costa del Sol may well be in Southern Spain and ideal for holiday makers, but it was never intended to be a cheap alternative to a permanent life back home, especially if you are inclined to find an attraction for good living and like to show off.

The recent crisis has played hell with many and many British families as well as many of other nationalities. Once the money runs out, next comes the need to find an income. This is not easy in a foreign country, especially if you do not speak the language and what follows is that people start to invent themselves as experts in service areas that appear not to require much or hardly any working capital or equipment costs.

Suddenly you will find an upsurge of graphic designers, computer experts, financial advisers, internet experts, web designers, newspaper publishers, sales persons, estate agents, etc. unfortunately all are activities they have never done professionally before but which they now use to earn a living in their own language; regretfully this is done much to the disappointment of innocent clients who end up paying the price of the incompetent service provided. Even I have fallen prey to a so called computer expert who basically caused me more damage to my network then I bargained for.

Some have gone beyond the point of reason, like some French plastic surgeon with false qualifications who luckily was finally arrested, but not before causing serious physical as well as financial damage to some unfortunate victims.

These unqualified service suppliers naturally are the first to feel the crisis and we have seen them leaving the Costa del Sol by the hundreds with more to follow, thus leaving behind the true professionals with the financial means to run a professional business and those who anyway just have the means to enjoy the life they planned. After all, it would seem that the recession is cleaning up the act. 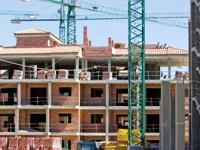 The real truth about the crisis in Southern Spain
Who is to blame for the Spanish property crisis?
Is Britain missing the Expats?