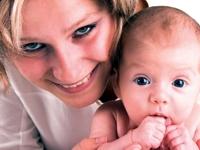 Are you fit for conception? Ask the Prickly Pair...

What is all the fuss about lately? Why suddenly do we have a surge of so called career women whingeing and wittering on about leaving it too late to have babies?
Oh yes! Wittering and whingeing just like the way they always described what they referred to as stay at home mothers. The thought of all those career women crying I want a baby now!, but being too old and fossilised in that region makes my day.

Then they come up with the excuses: - too busy earning too much money, too important, blah, blah, blah. Or the other excuse when we had problems conceiving my life long dream of motherhood started to recede written by some woman aged 38 when she begun trying for a baby.

Has it ever crossed these womens mind that Mother Nature gave them careers instead of babies for a reason? Could that reason be that if they could put away work, money men, holidays and themselves to get on with the job that women were put on this earth for, they would probably make c..p mothers in the first place?

Of course the other excuse is that they never found the right man in time. So as well as being old and childless they also have no partner. At this point, do these women realise it could possibly be their fault not only for putting off breeding, but obviously for being the type of woman that also puts off men; probably for by thinking so much of themselves so that nobody was good enough?

Anyway all is not lost with such a long career they surely have enough money to buy a baby, a bit like Madonna. What about adopting?

Then they could harp on about their baby being more special because they were chosen. What bo..s! How would they know? They never had one of their own!
Even this week some barren old prune was spouting we now have an adorable daughter which, dont get me wrong, is great. But then she added that she could not love her more if she had given birth to her.

Well heres me hitting back. Yes, you could and would! When children get to be teenagers you just about tolerate them, and they are yours. What is Mrs Superior going to do at that time? Blame her adoptive daughters genes? Will she, like me say shes just like her father?

And have you noticed how many people without children give so much advice about them? I am sure these people always assume their kinds would be perfect. Yeah, keep that thought love. Still, over the next few years I can see the cat owners population growing and perhaps the owners can learn to have them like their own. 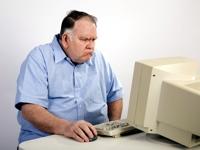 Lonely or Sad - Join a Forum
The Prickly Pair comment on some of the most recent news.
Hold the front Page! (Not)

Its not the winning.

Was it Peace on Earth or Living Hell?