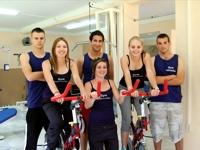 Situations and circumstances can rapidly change and windows of opportunity can quickly open and close.

Whilst the doom and gloom of recessionary news seems all pervasive, we may lust after the stability that we have recently lost, however, the truth is that innovation is both induced by and results in change and the evolution of ideas and it is this opportunity for change that we must seize with both hands when it presents itself.

There is no doubt that many families on the coast are facing economic hardship, however, the credit crunch may be far from being a wholly negative experience. The challenges and new imperatives to think through the way we do things may be seen by some as a truly golden opportunity to make long overdue changes.
One such golden opportunity, presented by the directors of Mayfair International Academy, is a suspension of enrolment fees for the academic year 2009/2010. Whilst this will benefit all new students, from Primary through to Sixth Form, for the ones who are interested in achieving the esteemed CYMCA Fitness Instructor or Personal Trainer qualification this is indeed a window of opportunity not to be missed.

The majority of students currently following the Sports Curriculum Course are planning to continue on to university to further their studies in Exercise Science, Exercise Physiology or a related field but we are all very much aware that having a degree does not guarantee that you will have a job when you leave university. When the Chancellor, Alistair Darling, was quizzed by pupils from a UK school he told them that he hoped the credit crunch would be over by 2013, when they leave university. One student, aspiring to be a journalist, asked: Im worried about getting a job when I leave university. Do you think it will be easier to get a job then than it is now with the credit crunch? Mr. Darling responded: We all hope it will be coming to an end by the time you leave university. You should get a job, most people do.

Head of Mayfairs Sports Curriculum says This sounds vaguely optimistic but, as most graduates know, lack of experience in their chosen field is the major stumbling block. However, this is not so for Mayfair students, who, we must remember, are already fully qualified Gym Instructors and have a wealth of experience BEFORE they enter university.

Also, the Health and Fitness Industry has not been badly hit by the recession and, in fact, is still booming as is the global Cruise Industry as the following paragraphs show

Not many industries can withstand the effects of a recession. But in a time when banks and carmakers seek government lifelines, the health and fitness industry appears to be holding steady. Not that it has gone unscathed in the current economic climate. While nobody is recession-proof, health clubs are pretty recession-resistant.

Despite the economy, rising unemployment and price cutting at many health club companies, several polls indicate that the fitness industry will fare better than other industries during this recession. The fitness industry is still projected to grow this year by 4 percent, according to IBISWorld Inc., an industry and market research company.

With the worlds financial markets in turmoil and the credit crunch the talk of every news channel around the world, many people looking for cruise ship jobs are wondering how badly this industry has been affected - and whether the opportunities are even still there. Well, according to figures just released by the Cruise Lines International Association (CLIA), the cruise industry generated a record $38 billion last year creating 354,700 jobs. Experts predict this will increase 3 percent by 2009.

Steiner of London is the largest operator of spas and fitness centres on cruise ships in the world. If youve been on a cruise, theres a good chance the on-board spa and fitness centre was operated by Steiner since they are the largest provider for qualified staff on over 100 ships, including Carnival and Royal Caribbean lines.
Mayfair International Academy has an agreement with Steiner to provide Certified Fitness Instructors / Personal Trainers for the on-board Fitness Centres.

Fully qualified Fitness Instructors / Personal Trainers will always be in demand and this particular window of opportunity, from Mayfair Academy, represents a saving of 3,000 Euros however, it cannot remain open for long. Seize it with both hands and give your son or daughter the opportunity that he or she deserves.

For more information on Primary, Secondary or Sports Curriculum or to arrange a visit to the school contact Mayfair Academy direct. 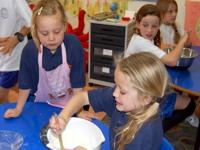 Recipe for a Good School
Although there is no single recipe for a good school, the main ingredients should always be:
At the heart of the educational process lies the child

Another First from Mayfair International Academy