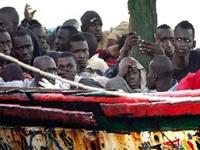 I donÂ’t want to over dramatise, but I do think that political correctness has gone quite far enough. Europe is being invaded without a shot being fired! 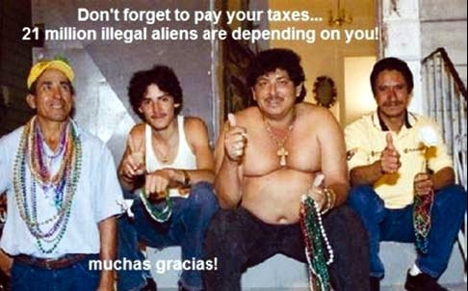 The illustrated photo was sent to us by email; perhaps a demonstration that the current recession is serving the purpose of highlighting the extent to which Western European tolerance has exceeded the limits of sanity and even security.

We have seen Â“British?Â” citizens join the opposing terroristsÂ’ armies to fight against those countries that offered them the shelter and social support they sought, we have seen them come back with the tail between their legs only to continue scrounging from the society they obviously hate.

In my book this is treason and the penalty once ordained in England, and everywhere else for that matter, was to be hanged, drawn and quartered or, at the very least, to be shot by firing squad.

Literally, millions of illegal immigrants and illegal workers have invaded Europe. The strain that is being placed on the social services and welfare resources created for the benefit of the indigenous population who is entitled to them is overwhelming and falling apart because of it. Services that are being abused by those who do not have the right to use them, by those who send every illegal penny they make to invest it in what they consider is their home outside Europe and literally Â“rapeÂ” the welfare state. Western Union never had so many agencies all over Europe.

The problem exists all over Europe and it is time that effective and efficient measures are taken to relieve the pressure that is being placed on those that do try to make an honest living  and pay their due contributions to the welfare state.

While most European countries at least tighten up on the handouts that they make available, Britain has made itself the world's laughing stock.

Have you ever heard of moneys being paid to criminals as compensation for loss of lodgings and food after being released from prison early?

What about denying legal aid to deserving, entitled cases but providing it to illegal immigrants so that they may defend their application for residence? What about paying compensation to proven terrorists for ill treatment? The idiotic list is endless.

How about changing the very traditions of the country not to offend the ethnic minorities? Recognising schools where English is not spoken and forcing British children to take lessons in other unheard of languages and religions is beyond the joke.

I am not against a multinational civilisation; on the contrary I do believe that different cultures, ideas and points of view can and do make gigantic contributions to the society in which they reside. Foreign residents have been living in Britain for many, many years, but they have never before attempted to change the law, the customs, the language and the religion of Britain to suit their purposes. This is not integration, itÂ’s degradation!

Look at the USA as an example, the most successful multi racial state. However there is a very substantial difference in what they do. In the first place, immigration is far more strictly controlled and discouraged by severe punishment.

Then, those who do apply successfully for residence are expected to adopt the American way of life and integrate with the rest of the population, definitely not the other way around. Nobody obliges them to change their religion or diet or customs, but before they are granted citizenship and residence they are made to learn the American customs and traditions with a test exam at the end of the course. Failure of the test means failure to obtain the citizenship and that is not all, they have to swear allegiance to the flag.

It is all part of a process that prepares would be residents of foreign extractions to accept and adapt to the existing environment, not the other way around.

So why canÂ’t we do the same in Europe? Back in the 50Â’s I remember foreign students with visa (students visa or otherwise) had to report to the local police station on a regular basis to record that their visa was still valid. Now nobody bothers.

It is high time that someone competent with the courage to do whatÂ’s needed to take the reins and to steer Europe on to a better course, away from extinction. 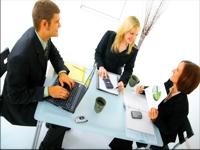 We must work our way out of this recession
We all need to calm down and go back to basics.
Enough is enough!

WhoÂ’s giving the bank a reference?