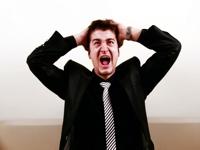 Enough of this recession;after all it was caused by scams!

I think we are all well aware that we are living through a global recession. The reason for it has been identified and labelled for everyone to know. We are told that Governments have and are injecting massive amounts of cash, mainly to banks, to stimulate the economy within their countries in an attempt to get the economy back on track. But are they really? All I can see is that the banks are still taking the classic piss and paying themselves massive bonuses with the money supposedly borrowed from tax payers and, as soon as the pound starts to show signs of recovery, there goes the Governor of the Bank of England making official statements on television to the effect that the recession is deeper and will be longer lasting than previously anticipated. Didnt we know this already? Result: Down goes the pound again! It makes you wonder if governments really want to see an end to this recession before robbing every honest worker of his hard earned savings, investment in his home and his livelihood.

Enough with the scaremongers who thrive on the sale of bad news, frightening the investors, now too scared to invest or do anything with their money while the scaremongers spread uncertainty in the future. At the other end of the scale the banks are not lending to those who have the guts to take the risk and carry on with their ventures, which in fact would get the economy going.

There is just no real money going round! Businesses are closing down creating unemployment; suppliers are closing down or down scaling their operations because of the drop in demand and non payments by customers.

The whole economy is grinding to a halt and it has become extremely difficult do work under such circumstances.

I dare say that those who continue to provide a needed quality service or product will probably survive because they are still in demand by those few who can afford to pay for the service or product provided. Mind you, in a shrinking market, costs have to be cut down and efficiency increased, or else they will not see the other side of this recession.

As far as Andalucia is concerned, the one good thing about all this is that illegal workers cannot get unemployment benefit support and they are forced to return home to obtain that support, because finding jobs is just as difficult even outside Spain. Many no longer have their black money to send home every week, especially those from the building industry who have little choice but to abandon ship.

This does help to some extent. Any builders or contractors or workers in the building industry have to trim their costs down but at the same time they need to compete in quality or else they will not get any of the little work that is available.

Naturally this does apply to all lines of business. After clearing stocks to raise cash and improve the cash flow, survival through the recession and in a shrinking market is reliant on lower costs, higher quality and better service.

I have no idea how long this recession is meant to last but it is certainly cleaning up the Costa and reducing the oversupply of goods and services that has been plaguing this small Costa market.

I think that those who are working legally and have a good product or service at a fair price should do their utmost to ignore the scaremongers and be positive about the future outlook; it is certain that there will be an end to the recession as always.

But beware of scam artists that may be taking advantage of the present climate to offer such cheap prices that are difficult to resist, especially in the service industries like advertising which is a service that has never been as needed as at times of poor business. Use your common sense, and remember that quality still costs relatively more money than crap.

The Costa market is a limited market, there is not enough business to support every Tom, Dick and Harry who decides to live here and start a business at the expense of others that have been established for sometime, especially when they do so by trading unfairly. Beware of businesses that are just starting, those that do not give their proper address or hide behind a P.O. Box and do not give their own land telephone numbers, beware of businesses that never send you invoices with a CIF/NIE number especially after you have asking. They may be cheap but ask yourself who are they cheating? What else are they doing that is not quite as they say?

This recession is resulting in many new scams as a way to survival, just read the papers! It is reported that some Rumanians even dress up as Guardia Civil to stop drivers to rob them, others stop drivers pretending they have a puncture and then beat them up and rob them, and so on. While many have moved back to their roots, there are still some that are just starting up and I dare say there may be more especially as the economy improves again. Be sensible, use your common sense and keep the leeches out for an even brighter future! 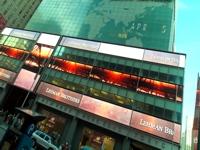 Whos giving the bank a reference?
I have seen a few recessions in my time but this one takes the biscuit!
Obesity? Blame the supermarkets!