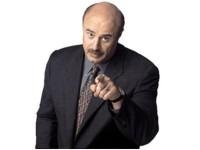 The meaning of defamation in Spain is defined as Â“a communication made to one or more persons with the intention to cause malicious damage to another.

An accusation, be it true or false, determined or undetermined about another person or company which could or does have a direct effect on that personÂ’s honour, dignity or reputation.

The fact that the injurious statement has been made is the proof in this action, it is not necessary to prove whether it is true or not. The fundamental difference between the term Â“defamation of characterÂ” and Â“libelÂ” is represented by the method used to convey the defamatory information.

Defamation damage is of ephemeral nature when (the communication of it is not of a lasting form), this could be a verbal comment, a sound made, an insinuating gesture or gestures and other such expressions. On the other hand libel is of a more permanent nature such as a letter, a film, a CD, a publication, Internet and other similar methods of a more durable exposure. Both give right to legal action in respect of injury received.

Causing injury is legally considered by the Spanish State as a criminal offense, a crime (delito) against the honour and the good reputation of an individual or a legal person (company). Â“The action or expression by one person that harms the dignity of another, undermining his reputation or attempting to diminish his existing esteem by othersÂ” as defined within Article 208 of the Spanish Penal Code (Codigo penal de EspaĂ±a).

Injury can be physical and as it can me moral. It is a crime of assault a person physically just as it is a crime to assault a person with words that are spoken, written or insinuated. Injury of course becomes more serious when statements are made which are actually untrue or just even uncertain thus adding confusion and doubt to what the truth is, in other words made with the intention to damage someoneÂ’s honour and reputation. It is worth noting that the penal authorities give the word honour a much wider and deeper meaning than the grammatical definition of the word. If you consider honour as the moral quality that defines the highest fulfilment of duties, this cannot be jeopardised by others. Only his/her own conduct itself can dishonour a human being, therefore the reputation and virtues of a person has the right to be defended.

The majority of authors adopt the defence of showing that the Â“animus iniurandiÂ” (intention to cause damage) is absent when a statement is made with Â“animus jocandi, narrarsdi, defendedni, etc.Â” (amusingly, informatively, defensively, etc). Of course it is up to the tribunals to decide when certain expressions are injurious or not.

Falsely accusing a person of a crime (delito) has a distinct definition and it is named Â“calumniaÂ”, the main difference being that the perpetrator actually does place a formal denuncia against the injured party. This is defined as a private crime meaning that the injured party needs to place a Â“querellaÂ” (an official criminal report at the police station) in order to demand compensation.

Defamation of character in Spain is a criminall offence!

Please note that this information is of an informative nature in general terms. It is advised that you always consult a competent lawyer.

Hello. Thank you kindly for your reply. These people want me to go to prison. And or pay them a lot of money. Is this likely?. I wrote the truth and can prove their verbal slander of me.

Well we have awful neighbours who cause endless problems with stupid denuncias and insults, have done illegal building which has been denounced to cultura and the sanitation department, and they are getting a big fine. They slander me to others and I have evidence and tried to assault me in the street, again I have witnesses. So if I write about this awful pair on facebook to warn someone of them is that still defamation? sounds ridiculous to me. they denounce if you look at them the wrong way. My lawyers say there is little they can do about it as they are proven to be problematic everywhere they go. Even the Town hall can't stand them. I wrote about them on facebook and now they are threatening to sue me in a criminal court. totally mad. I spoke the truth. As they already have a bad reputation how can revealing it be a crime. Ludicrous.

Editor's comments: I think you should listen to your lawyer.If you talk or write badly about someone in Spain it does amount to defamation for which the injured party can claim compensation. Yes even if what you say is true. Then you would have to go to Court and explain your actions and be penalized to compensate for the claim. If these people are causing you such problems I would suggest to put the boot on the other foot and denounce them , but make sure that you can prove your complaint and justify the loss or damage you have suffered. remember that denouncing someone falsely is also defamation. I hope this helps 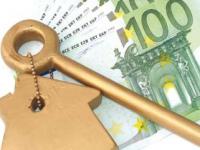 Have you fallen behind with your mortgage repayments in Spain?
Under the present economic climate mortgage arrears are not uncommon these days, but what can you do, when it happens to you?
Is your Spanish Home likely to be repossessed?

Is your tenant not paying the rent?

Cleaning Up the Councils for a Â“Corruption FreeÂ” Future

Living together in Spain