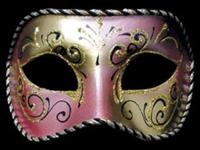 There are two points of view to the celebrations, however both relate to the fact that it is celebrated on the eve of Ash Wednesday, the start of lent.

Carnival in Spain was banned a historical political figure in Spain, with the exception of the stage performances which were allowed to take place in CĂˇdiz and still do these days. It is slowly gaining popularity throughout Spain as a celebration when people and children dress up in costumes and create the usual party atmosphere in the streets of villages and towns.

Elsewhere the celebration has gained ever increasing popularity through out the Catholic world; Â“Il CarnevaleÂ” is celebrated throughout Italy and in Venice this year it starts on the 13th February and goes on to the 24th. Wow, some party!

The most famous Â“Mardi GrasÂ” is celebrated in Rio de Janeiro, Brasil. It may only last from the 21st to 24th February 2009, but Rio has transformed this festival into the most exotic and best known carnivals in the world, turning it into a competition between the various districts of the city. The winner is the one that parades the best, the loudest, with the most Â“over the topÂ” floats carrying bands and accompanied by dancers and other performers wearing the most exotic and extravagant costumes.

But perhaps one of the most enjoyable events takes place in New Orleans, French Louisiana, known for its famous Mardi Gras Parade, which this year is celebrated on the 24th February.

The introduction of this festivity in North America is said to have taken place in 1704, when the King Of France Louis XIV ordered the brothers Iberville and Bienville LeMoyne to sail from France to defend the French territories, which include the areas that now represent Alabama, Louisiana, and Mississippi. Upon arriving, the LeMoyne brothers found the mouth of a body of water, now known as the Mississippi River, and sailed upstream for a few miles until they located the perfect place to build a colony and nominated the area as Â“Point du Mardi GrasÂ” now known as Venice in Louisiana. 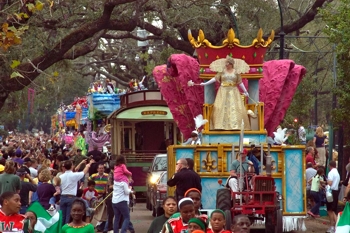 The effect of Hurricane Katrina on New Orleans in late 2005 caused some doubts as to the future of the celebrations. The storm literally bankrupted the local city government, forcing on them a greatly reduced and limited celebration. However, under pressure by the people, a compromise was reached scaling down the event but not as severely as first proposed. So here we are, three years on since 2006 and the New Orleans Carnival is still holding its own.

One of the most important traditions associated with Â“Mardi GrasÂ” celebrations is represented by the King Cake. Unfortunately it would seem that this tradition is gradually fading away into oblivion as more and more importance is being given to the actual parades, costumes, dancing and making merry.

The King Cake officially starts on the 6th January; this is why you start seeing King Cakes on sale at the supermarkets in Spain on the occasion of the 3 Kings. The cake is one of the most delicious and culturally significant items that have been associated with Mardi Gras celebrations from the very beginning.

The King Cake is traditionally an oblong or oval shaped cinnamon dough cake, glazed with frosting and sprinkled with purple, green, and gold coloured sugar and is made with a choice of different types of fillings such as cream, cream cheese, strawberry and apple. Whoever finds the plastic figurine that is hidden within the cake, in then officially named the King or Queen for the duration of the party and receives the honour of supplying the next King Cake or throwing the next Mardi Gras Party. Many people in the New Orleans area will start having King Cake parties in the weeks leading up to Mardi Gras.

So much for the Catholic side of the story, all other Christians of other denominations such as the Church of England, Lutherans, etc. also celebrate the day before lent but they do so somewhat more soberly and call it Â“Shrove TuesdayÂ” or Â“Pancake dayÂ”. It is the day when every one should self examine his conscience and consider what wrongs were committed in the course of the past year and then ask God for forgiveness (Old English to shrive someone).

So what have the pancakes got to do with repentance? ThatÂ’s quite simple really! If everyone is to fast for 40 days, staring on the Wednesday, then all the rich perishable food stuffs such as eggs, milk and sugar had to be used up. WhatÂ’s simpler and more amusing than pancakes?

Due to the substantial increase of immigrant populations, Â“Shrove TuesdayÂ” has begun losing its meaning in the United States since the 19th century and the celebration has been replaced by the increasing majority of Â“Mardi GrasÂ” followers.

So, mums, do not forget Pancake Day on 24th February, letÂ’s keep the tradition alive even in Spain! 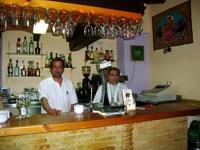 The WXPG food testing team
Yes it is true! our food reports are genuine...
Christmas may be merry but what about 2009?

A Time to be Wed