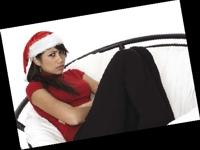 This Christmas may appear even less attractive in Spain than it has ever done.

Spain is not exactly my ideal place for spending Christmas; this is why traditionally the majority of foreign residents that live here in Spain would normally go back to their country in order to spend the festivities according to their own customs and traditions, where the Christmas that has been lived since childhood can be enjoyed and shared with family and friends of the same spirit. Even the New Years celebrations are not quite the same as they are back at home.

This year Christmas will appear even less attractive in Spain than it has ever done. We have had a number of years to thoroughly enjoy these times of festivities exactly as we wished, unfortunately, it is during these good times, when everyone is distracted by their happiness and content, that greed sets in for some who cannot help thieving and cheating, with the result that eventually the whole of society has to pay for it.

Yes, I know that capitalism has to come to a crunch every now and again. I suppose this is why an additional consumers market was created when the two Germanys were reunited. An additional larger market was also created with the end of the cold war with the Eastern Block and finally with China joining capitalism. Now there are no more consumers that can be added to the world market and perhaps it was overlooked that, China in particular, could and is replacing the production of a vast variety of western products at a fraction of the cost, thus pushing up the unemployment figures in our own world.

The crunch was to come anyway as it has done before every so often, only this time we have to add into the pot the large scale criminals and fraudsters from America, the uncontrolled levels of illegal immigration, and the political fraudsters who have been sponging on the very societies they represent for the benefit of their own pockets. Place all this in the pot, mix it with the greed and short sightedness of banks and the time comes when everyone else has to pay the price. Mortgage money dries up, the property market drops, consumers have no money to spend, producers create unemployment, investors withdraw to protect their capital and the vicious circle starts to spiral into a recession.

Millions and trillions are being pumped by governments into the economy trying to revive it and getting it going again. More controls are being applied to slow down immigration from 3rd world countries, these are definitely too late lets hope they are not too little, especially in respect of illegal immigration. While to some extent, due to the efforts being made by various governments one can begin to see the end of the tunnel, here in Spain it would seem the problem is a bit more serious, due to the gigantic stock of properties built especially in areas that depend foreign income to survive.

In the last ten years, since joining the EU, Spain enjoyed great benefits and a fast growing economic boom that has raised its peoples standards from 3rd country level to at par with other European countries, while attracting a high level of illegal immigration into Europe. Unfortunately it would appear that the mentality has not kept pace with the growing economy, therefore the economic problem is aggravated by the surplus stock of properties, many of which are built illegally.

Rather than refusing to admit that there is a crisis in Spain, the central government ought to start taking measures to ensure that improvement of the economy will take place at the same pace as the rest of Europe. Banks should be made to reduce their rate of interest as it was done in the UK, thus easing the burden of borrowers. Land should be taken off the hands of developers who keep going under one by one and correct land prices, deal with those illegally built projects and return the land to its original status but compensate those who have been deceived.

Because of high rising prices and costs Spain has become the least competitive country in Europe, this needs to be put right and not wait for the rest of the European economy to force them down which has already started to happen when privately owned properties bought at 250K are being sold now for 95K.

The silver lining is that I cannot see how much worse it can get and although the prediction for 2009 is not looking too bright, eventually improvements have to follow and hopefully we can start to see a sign of improvement from the middle to end of 2009.

Meanwhile, lets have that glass of sherry with a bitter smile, wish each other a happy new year, take a deep breath and carry on regardless. 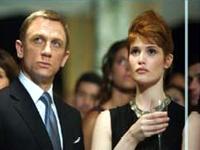 James Bond Party
Despite the bad weather the Web Express Guide party was a success.
A Time to be Wed

Where are the Squirrels now?