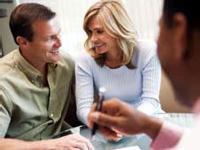 Is health worth paying for when it is free?

Why pay when the service is free?

In our edition 96, just a few months ago, we published what we thought was a useful article on the health services available to U.K. visitors to Spain, pointing out that on abolition of the E111 form a EUROPEAN HEALTH INSURANCE CARD replaced it.

This card is issued free of charge to all UK citizens, all you have to do is apply for it in UK , you can then travel to Spain and any other EU country and get the benefit of the Local National Health Service, be it Spain or any other European Union Country.  You can see the full article on: http://www.webexpressguide.com/costadelsol/article.php?art_id=83&id=2399; alternatively you may look for edition 96 within the website.

This certainly would seem to solve the problem as far as temporary visitors and travellers to Spain are concerned, but what happens to those who decide to stay in Spain on a permanent basis?

Despite the fact that I work and contribute to the Social Security scheme in Spain, I thought I had solved my problem with a private health insurance scheme. Having considered what I thought were the benefits of going private, it seemed like a good idea. No waiting at the private doctors surgery, private hospitals, specialists, more individual and personalised attention. It all seemed well worth paying the monthly premium for. My particular scheme also involved an additional charge whenever I made use of a particular service like a doctors visit or a hospital outpatient visit and so on.

In the fullness of time I gradually started to change my opinion, particularly when realising that, contrary to my beliefs, I could not see the private doctor when I needed to because he had too many patients. I could not help noticing the similarity to trying to make an appointment with the NHS doctor back in England. It particularly infuriated me when I needed something to relieve the flu on a Thursday and an appointment could not be given until the following week. I was then obliged to see the local NHS doctor and received a first rate consultation free of charge, followed by a prescription that cost me a fraction of what it would have done otherwise. What I found particularly annoying is that money seemed to take priority over patients. What happened to the supposed doctorate vocation for choosing that career? The thought disenchanted me. I had the distinct feeling that I was being seen as a pound sign and not a patient.

Anyway, I came to realise that the Spanish NHS is by far superior to what we are used to back home. This could well be because the system is not over burdened with abuse. Whereas emergencies will never be refused and will be treated irrespective of nationality or creed, strict screening is applied to applicants when normal treatment or prescriptions are needed.

As I work in Spain and pay my social security every month, I have no problem. All I have to do is to show my Social Security Card and all is well.

If I were a EU citizen, and all UK nationals are, again I would not have a problem when visiting Spain provided I can show my EHIC card mentioned above.

Now here comes the interesting bit. What would happen if I were a retired UK citizen, who quite simply wishes to live in Spain? So I put the question to the health department of the Junta de Andalucia.They advised me that if we are talking of a UK citizen (part of the EU Community) than he or she would have paid his or her National Health contribution in the country of origin, therefore they would be entitled to free health treatment in Spain too. I am assuming that the Junta de Andalucia have a reciprocal agreement with the NHS back home.

To do so they would need to visit the Oficina de Seguridad Social (Social Security Office) and fill in the appropriate application form that would be provided. I would suggest that first one should obtain a certificate from the local council to prove residence within that council (Certificado de Empadroniamento). The wording sounds more complicated than actually doing it. It is really all quite simple to do. You can always find someone to help you with the language of need be. The benefits by far outweigh the effort. 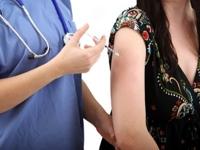 The flu Jab
A gentle reminder in case you have forgotten to do it.
You'll find that life is still worthwhile If you just smile

A new dental clinic in Estepona