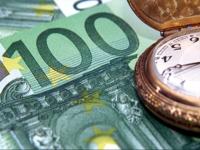 The problem is far from over...

According to calculations, the major global central banks European, U.K., U.S. and others added about $1.8 trillion of cash liquidity to the global banking system in the last weeks.  The $700 billion U.S. Treasury's bailout plan that the U.S. Congress agreed is symbolism along with action. There will be many more "bailouts" before this is finished.

I predict that the public will soon become jaded to bailouts, but that they will continue to happen in the U.S. and elsewhere. This is not an enjoyable thing to say, they are not even come close to liquidating all the bad debts in the global banking system.

MONITORING THE BANKING SYSTEMS DISEASE
It is easy to monitor the disease in the banking system, much like a doctor would monitor the deterioration or progress of a patient. One has only to monitor the various indicators of stress on the banking system, (the three major types of interest rate spreads in the interbank market).  Today, all three of these spreads are much wider than they have ever been as banks are refusing to lend...even to other banks. If a bank wants to borrow from another bank, the cost of borrowing is rising, not falling.

Government officials had hoped that by now the reverse would be the case.  To use the doctor analogy, if a doctor is monitoring the patient's vital signs, they currently see them deteriorating. All of the actions taken so far may have created the potential for improvement in the patient, but thus far, the patient is not improving at all. In fact the patient is continuing to deteriorate.

To make matters worse, the entire hospital is contaminated with a disease (let's call it "derivatives disease"), that can infect anyone in the hospital. Will the patient also be infected by the hospital-wide disease which is out there ready to infect anyone (even the caregivers) on a moments notice?

WHAT DO WE MEAN BY DERIVATIVE?
What do we mean by a derivative in this context?  There are many kinds of derivatives, but the kind we are most worried about are derivatives insuring the performance of mortgage bonds (packages of mortgages put into a bond structure), or other mortgage related securities. These derivatives have been written and guaranteed by institutions that do not have the money to pay them off if any of the underlying mortgages fail to pay at once.

Similarly, mortgage insurance assumes that not all mortgages fail at the same time...because historical mathematical models suggest they won't. This current economic downturn has brought this assumption into question. If too many mortgages fail to pay at the same time, the insurers who write the derivative contracts will be unable to meet their obligations to insure the mortgages. By the way, there are hundreds of trillions of dollars of these derivatives.

The above is a simplistic answer to a very complex question, and it is not meant to explain every detail, but we hope it makes the point about why we are nervous about the effects of a specific type of credit default insurance derivative. Derivatives like these are frequently referred to by the media and politicians as the "toxic paper" clogging the financial system.  We also have grave doubts about these and other types of derivatives, but more on that later.

THE DERIVATIVE DISEASE HAS THE POTENTIAL TO BECOME AN EPIDEMIC
The derivatives disease is going to have to be dealt with. It has the potential to be much more devastating than the bad loan disease that the patient is currently fighting.

To fight the bad loan disease, the bad loans can be marked down to a clearing value and sold to investors. These investors are willing to bet that they can make money buying the bad loans at a low enough price, because some percentage of them will pay off.
The derivatives disease has the ability to infect anyone, because there are so many entities involved.  If one party makes a mistake on their derivatives, and they cannot keep their part of the agreement, every other counterparty to the derivative will have to pay it for them. To fight derivatives disease you must be sure that everyone else with whom you have derivative agreements is healthy, and behaves in such a way that they stay healthy.

This is proving to be a very difficult problem, because the total that may be needed to be paid to settle failed derivatives, far exceeds the total liquid assets available in the world banking system today.

Then, if the patient expires, work must be done on an estate liquidation to find out which party gets which asset and which liability in an estate settlement.  A long time will pass before the final chapter is written in this saga.
Of course, as the hospital bills mount, the taxpayers are asked to pony up.