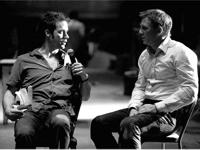 An exclusive interview with Toby Hefferman, Key 2nd assistant film director in Â“Quantum of SolaceÂ”, who gives us an insight into the making of the film.

Â“I started work on Bond 22 Â“ Quantum Of Solace Â“ as Key 2nd assistant director in October 2007; this was 3 months before principal photography commenced. My job started with preparing the film, this included working with the 1st A.D (Michael Lerman), breaking down each scene and each element, from extras, action vehicles, animals to specialised camera equipment and inputting the information into a programme called Â‘Movie MagicÂ’, from this a schedule is generated, which is needed cast actors. Once the actors were cast, then I arranged their lives inside the film, from costume & make-up fittings to stunt rehearsals and medicals.

Scouting for locations started a month before shooting. Â‘Ocean SkyÂ’ kindly lent us 2 leer jets to get us around; 2 weeks were spent on permanent technical scouting of Europe and Central & South America. Having identified the locations, my job was then to finesse the crowd, vehicle numbers and organise the logistics of each day, i.e. how to control each location, from traffic lock up to crowd holding. Because we did not return to these places until shooting, the evenings were spent interviewing a hiring staff, crowd co-ordinators and set P.AÂ’s. This is not easy in certain places that had no film infrastructure. I got food poisoning in Chile and ended up in hospital missing a day. I knew that prawn wasnÂ’t local!

On our return from the tech. scout mission we were weeks from starting filming, with Christmas badly scheduled just before! So it was a rush to get everything organised before everyone broke up for the holidays.

Shoot Day 1 was on January 7th, a big day with Judi Dench, Rory Kinnear and 300 extras at the Barbican, hoping that rain and cold would not get the better of us. We have an SFX crew with a wet down facility standing by in case it rains to have some continuity if necessary. We got lucky; it was dry but very cold.

After a few weeks shooting in London, we arrived in Panama City in February, in time for the carnival, when the streets were strife with parties all over the place. We had to figure out how to survive in this mad place and organise the next day.

The following day we back to the airport for a shoot (Howard). We arrived on location at 3am to get the crowd through hair/make-up/costume and breakfast along the way. The sun was up at 6ish with a crew call at 7am. We cheated Panama for Bolivia, so the look of the extras etc. was different and we had to dress a few people into typical Bolivian attire: - thick blankets and bowler hats; these unfortunate few were not too happy at over 100 degrees. 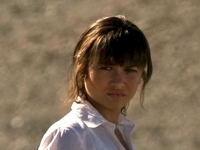 After just over a week in Panama we finished off with the party scene and 1000 extras. Panama City is an amazing place, though we had riots in the streets, sometimes with curfews, the people are proud of their city, which is in an economic boom. It has incredible character and the Spanish quarter is beautiful.

We then took a 2 hours trip to a dangerous little place adjacent to the Panama Canal called Colon on the Caribbean coast. This place is a real experience, we were protected by the main local gang and had most locations fenced in. Letters from the producers advised us not to leave the hotel. Great, especially as I needed to try and train for the London Marathon! Colon city is mad. It was designed by the French and, believe it or not, very art deco but it has been left to ruin. Taxes are not paid to the Government so the place rots, but it has indescribable character, this is why we went there.

We shot car & boat chases and occasionally got shot at. We found Spurs being shown on TV in a shack were you had to pay to watch the cup final, and then challenged the local gang and Police (Captain Valdez) to a football tournament in the local prisonÂ’s football ground. After 3 games on Sundays, we tactically lost on penalties after extra time (typical England), nevertheless we were presented with a huge trophy that got shipped back to Pinewood.

From Colon we moved to Chile (Antofagasta) for 10 days, a port town halfway down the country. Each location was at least an hour and a half away; no time for sleep. This is another incredible location, we were based in the Atacama Desert, the 2nd largest desert in the world and the driest. Nothing lives there, not even snakes (Thankfully).
We shot at the Paranal Observatory (www.youtube.com/watch?v=7zymxs_vN4U)  among other deserted places with our DC3; it is an astronomerÂ’s paradise. It was hard to work at that altitude, although good for marathon training.

We returned to the U.K at the beginning of April, with one week prep on our SFX DC3 rig at Pinewood and a week before having to run the Marathon. We finally started shooting the DC3 blue screen sequence in the UK, immediately the day after the run, just before a short stint in Northern Italy in MathisÂ’ Villa.

After a civilized time in Italy we headed off to Bregenz Opera house in Austria, where we re-created an evening of Â‘ToscaÂ’ on a floating stage with over 1000 extras and a stunt sequence added for good measure. This took the best part of 2 weeks to film, hard going but successful.

We finally returned to the U.K to finish off the movie, ending with the final sequence now re-vamped from a safe house and SiennaÂ’s underground cisterns that we shot in the first block, now to the interior of the Eco hotel shot as an exterior in Chile. Four weeks were spent setting it and various stunt men alight before blowing it up altogether. On June 15 2008 we finished filming 1 day over schedule. It was a blast, if pardon the pun.Â”

THE QUIZ Â–Who am I?
Name this person and win a free meal for TWO valued at Â€25.00 in total with a bottle of house wine at FlahertyÂ’s Irish Restaurant at the Puerto Deportivo de Sotogrande. Send your entry by Fax 952 893 146 or e-mail to editor@webexpressguide.com by 15th October. The first correct answer to be drawn will be the winner. Please supply name, phone number and area where you live.
THE QUIZ Â–Who am I?