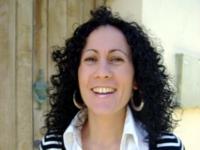 Its location on the Mediterranean and next to the Straits of Gibraltar, an obligatory route for people and cultures, has made the present municipality of Manilva a land inhabited throughout much of its history by representative of many nationalities. 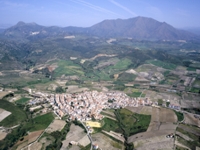 In the nearby Sierra de la Utrera, there is evidence that the cave were occupied as far back as the Neolithic ages. Continued habitation has taken place ever since including the Copper and Bronze ages.  Proof of this is found lying in the ceramic remains found in Manilva.  Handmade ceramics have also been found dating back to Phoenician times.

Archaeological evidence shows itself more frequently in Roman sites.  We draw your attention to the sites in our municipality that appear to coincide with the disappearance of the Roman Empire, in el Castillo de la Duquesa and the ¬ĎRoman Villa¬í of Sabinillas.

Evidence of Muslim occupation is also present in Manilva, the archaeological sites of this era can be found in the interior of the municipality away from the coast.

From the 16th Century, due to it being a part of the Casares dukedom, the history of Manilva runs parallel with that of Casares.  The vulnerability of the beaches and roadways of this area provoked pleas from Malaga, Gibraltar and Ronda for more protection from the Duke of Arcos via Carlos V, as well as the creation of a population centre on the coast.

In 1528 Carlos V gave orders for the construction of a protective tower called the ¬ĎSalto de la Mora¬í, a few years after creating a settlement on ¬ĎLoma de los M√°rtires¬í hill which was populated by people from Casares, and was the nucleus from which the town of Manilva was to grow.

These people continued to depend on Casares until the 26th October 1796, the year in which they obtained their independence with the concession of Manilva¬ís ¬ĎRoyal Charter¬í. 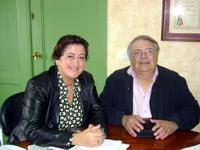 A Leisure Centre most suited to British Families of the Costa