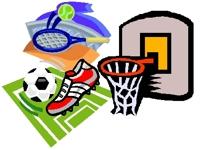 Padel is assuming more and more importance on the Costa del Sol and even worldwide, this is why the Club de Tenis & Padel Belair are organizing and sponsoring a competition that will be starting on Friday evening the 10th of October and finish at midday on Sunday the 12th of October.
The Chambao Restaurant, Puma and Posh are also sponsoring to raise the 1000 in prizes and presents.
The event will close at about 3pm on the Sunday with the awards followed by a Grand Paella for all the competitors.

The Absolute Championship of Andalucia 2008

This is the most important Ladies and Mens event that takes place in Andalucia.
This year the championship will take place at the Club de Tenis & Padel Belair starting the 1st November (subject to final confirmation).

The Andalucia Tennis Championship is of such importance that it will also be transmitted on Canal 2 Andalucia.

The competition is divided into two phases:

The Padel & Tennis Club Belair has already hosted a Lumber of minnor competitions but also several important championships, such as: