Kitchens to cook and live in

┬ōTo understand the kitchen as a workspace, a gathering place and a barometer of domestic life it's necessary to go back in time to the first kitchens┬ö. Say Kitchen Concepts S.L. of San Pedro.

From the 17th Century to the 21st, the kitchen has not only transformed itself from spare to sumptuous, it has also roamed from outside the house to inside, from first floor to basement and back up, from rear of the house to front, to back again. At the same time, it has redefined the role of women just as surely as the cooking stove reshaped dinner.

Of course, to call the early kitchen a kitchen is a misnomer. The kitchen wasn't just the centre of the house, it was the house. Indeed, for all but the wealthiest home was a one-room structure where they cooked, slept and ate.

Even when separate bedrooms and kitchen wings were added to the homes, the hub of the house remained the hearth, where women laboured from early morning until the candles flickered out around a the fireplace, which could measure 10 feet by 6 feet, typically made of brick, and trimmed with a wooden mantle. Nearby sat a small table for food preparation and a simple array of iron pots, pans and utensils that were handed down from generation to generation. In those days, chores, even for a woman with servants, were aimed at survival, not self-fulfilment.

It was not until the Victorian era that technology began to ease the burden. By 1850, the first cast-iron cooking stove -- small, portable and fired by coal or wood - hit the market, followed by stoves on a grander scale. There was no overstating their impact. Not surprisingly, this new technology reached urban kitchens first, but rural families refused to be left behind.

From here, the technological tide would not be stemmed and kitchens were downsized to reflect the newly servant-less household, every shelf and cupboard overflowed with gadgets, appliances large and small that increasingly savvy manufacturers were rushing to produce for the suddenly solo housewives. Depending on the course of electric service, a woman could, by the 1920s, buy any number of ``helpmates'' such as an ice box, a vacuum cleaner, a washing machine and an electric iron. There was linoleum on her floor, a hot-water tank near her sink and store for foods in her pantry.

The kitchen started out as a great big room with a huge fireplace and minimal appliances, but as appliances were invented, we started to build kitchens around them.

Indeed, by the 1930s, with the electric stove and electric refrigerator in place, the kitchen became the ``darling'' of the house, planned and decorated as carefully as any other room. Walls of new houses came equipped with built-in kitchen cabinets. Gadgets were marketed in a variety of styles. And the appliances that were available only in white during the early 1900s were now coloured splashy reds or greens or blues.

Though the form of the kitchen changed only by inches during the first few post-war decades - the pink and turquoise appliances of the '50s gave way to the avocado greens and harvest golds of the '60s and '70s and the neutrals of the '80s, the trash bin gave way to the garbage disposal, the oven to the microwave - the woman of the house was locked in an inalterable, and often unfulfilling, role as doyenne of domesticity.

It was not until the '80s, when women marched into the workforce en masse, that the walls of the kitchen came tumbling down. Literally, as women started going to work, kitchen space opened up, walls were removed, though rooms were created, and the concept of the open floor plan became popular. Because women were not home as much, they wanted to spend more time with their family when they were home.
Today the kitchen is a place of the senses. Its significance as a living area has reached a level of the greatest importance. It is the meeting place for family and friends, it┬Æs a communication centre.

Nowhere else is personal taste expressed better than in the kitchen, the very reason why particular attention must be paid to the design.
Contemporary kitchen interiors create a comfortable atmosphere and appeal, with functionality and attention to detail.
We are continually developing excellent and innovative kitchen concepts. Our philosophy gives us a clearly defined position in the world of international kitchen design: fitted kitchen ranges characterized by clarity of concept, simplicity of shape, and practicality. Consistent and well thought through. Kitchens to cook and live in. 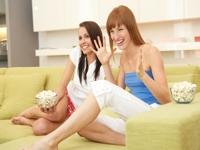 Now you see it and now you don┬Æt
┬ōMirror Image┬ö, the invisible TV technology.
Why choose Dimplex Electric Fires?

Why a flueless gas fire?