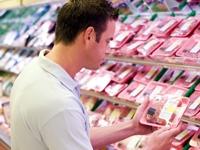 Again, it is the greed of the few exploiting the masses that lays at the back of one of humanityÂ’s greater problems today, obesity and ill health.

In the early days of retailing, all products were generally served by an assistant from shelves behind the merchant's counter while customers waited in front of the counter waiting to be served.

Also, most foods and merchandise did not come in the individually wrapped consumer-size packages that we take for granted today.
The fish was purchased at the fishmongers, the meat at the butchers, the fruit and greens at the greengrocers and the tins or groceries, non perishable foods, were sold by grocers.

The shopping process was slow, as the number of customers who could be attended to at one time was limited by the number of attendants employed in the shop.

According to the Smithsonian Institution, the first true supermarket in the United States was opened by Michael J. Cullen, on August 4, 1930, inside a 6,000 square foot former garage in New York City. The store, King Kullen traded under the slogan "Pile it high. Sell it low."
The self service idea and bulk buying practices of grocery stores did not take long to be accepted by the public. The saving of staff costs and cost of supplies bought in bulk was immediately welcomed by the consumer when such savings were reflected on the cost of weekly groceries.

This was the beginning of supermarkets growing in numbers all over the world but greed prompted them to supplying perishable foods too and the idea of doing the whole shopping under one roof was certainly found to be most convenient by shoppers.

The problem with supermarkets is that buying in bulk foods that have limited shelf live becomes an expensive proposition. Consumers would not buy stale bread, or meat and vegetables that have gone off, with the result that supermarkets now had to find ways to extend the life of fresh supplies so as to keep them fresh looking for as long as possible without the need of having to dispose of them or processing them into non perishable goods such as jam for fruit, freezing for fish, etc. That in itself would defy the idea of fresh produce!

Regretfully the companies in question have become so big that they have an unbalanced place in the market with an ability to abuse their position, while their immense buying power puts undue pressure on other parts of the food chain, from farmers and the environment to consumers and competitors. The bigger the supermarket chain, the more ability it has to abuse its position setting prices and demanding longer and longer shelf life for its products.

But what does this really mean to us? What are we really eating when we go the supermarket and purchase our food supplies for the week? Everything is nicely wrapped, clean, well presented and even marked with a sell by date, but are we sure that we are eating what we think we are eating?

Vacuum-cooling the produce where it is cooled in a reduced pressure environment prior to packaging, certainly lengthens shelf life by slowing the growth of bacteria and fungi, however it is a relatively expensive method.

Fresh can only mean one thing: FRESH! Available to consumers with a few hours of it being picked or caught or killed or cooked. It is the bacteria in the air that cause food to literally rot away, but there are many methods devised for preserving food. Below is a list of commonly used preservation techniques, they all in some way either eliminate the microbes or slow their growth, but no way can they define food as fresh, even if some methods give the food that appearance.

Canning, pickling, freeze drying, dehydrating, salting, sugaring are the obvious methods of preservation; it is evident that the food is no longer fresh and in some cases we probably even like the altered state of the food as an alternative food (jams, pickles, etc), kept in jars, tins. What I really find deceitful are the other methods of preservation, devised to give the false appearance of freshness and deceive the consumer.

Some use a composition for reducing deterioration and extending the shelf life of fruits and vegetables, consisting of ascorbic acid and a thyrotrophic gum such as xanthan. Optionally, other ingredients such as an edible bulk filler and artificial or natural flavourings and/or aromas colourings may also be added. Personally I would just rather eat the apple and leave the ascorbic acid and everything for the supermarket owner to enjoy to his heart content.

Can you tell the difference? Buy a peach at the greengrocer who sells fruit from his own tree. Look for something that will ripen and be ready to consume in a couple of days and in a couple of days it will smell and taste delicious. Do the same with a nice looking peach from a supermarket and in a few days it will not have ripened at all, it just stays the same but suddenly it goes all mulchy and becomes inedible. Why? ThatÂ’s because it has been treated with radiation. Quite frankly if radiation sterilises the fruit, what is it doing to me? Am I going to go all mulchy when the effect wears out? Or what else will it do to me in the long term? Why do we have to submit to eating something that was not meant to be, just to fatten up the profits of supermarkets?

Supermarkets are excellent and good value for money in many respects but they should be banned from selling fresh produce such as meat, vegetables, fish and bread. These are products are perishables, they are meant to be consumed fresh and fresh has only one meaning.
I will not buy any fresh products from places that require long shelf life; it is a sure ticket to ill health. We must all refuse to buy such products from the superstores and look for and encourage the specialized green grocers, butchers, fishmongers and bakers. If we do this I am certain we shall all start to feel a lot healthier. 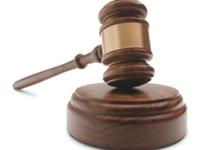 Cleaning up the Costa del Sol.
The hottest bit of news in June came with the arrest of Antonio Barrientos the Mayor of Estepona.
Rage! TodayÂ’s way of life in Britain.