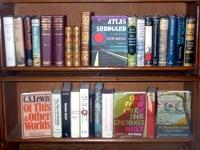 If you saw the TV series, where the motor biking friends headed from the UK to Africa, you may think thereÂ’s not much else to be said. But this book opens up both the TV programmes and the awesome journey itself.

In May 2007 they set off to travel from John OÂ’ Groats to Cape Town in South Africa on a well-prepared sequel to their trip around the globe. But no preparation was enough to cover the kind of eventualities they faced. Not only was the journey tiring and difficult, but the change of cultures they encountered made it an epic adventure.They crossed eighteen countries and covered 15,000 miles, but it was what they saw that made such an impact. Originally the plan was to highlight poverty in Africa, and the charitable work there, however neither Charlie nor Ewan expected to experience such extremes. The UNICEF projects they visited showed what could be done to help, given the necessary resources.

Although it wasnÂ’t just the humans they encountered that made an impact, but also the fantastic range of animals they spotted that changed their lives forever. They log every bumpy mile, and talk openly about the effect it had on them. For Ewan there was the addition of his wife to the team at one stage, and the joy of sharing some of the most beautiful scenery on the planet.

The two riders speak of their sense of achievement, and their new perspective on Africa. It was a never to be repeated event, but here you can share some flavour of what they experienced.

Last year Kate MortonÂ’s first novel Â“The House at RivertonÂ” won the Richard Judy award for the Best Summer Read, and rightly so. Her magical recreation of the Upstairs Downstairs world of the early twentieth century, age-old family secrets and strong heroines captured the imagination of literally thousands of book lovers. This eagerly awaited second novel will not disappoint.
In all the best fairy tales, things happen in threes. So, each of our three heroines has a quest.
First, a lost child. On the eve of the First World War, a little girl is found abandoned on a ship to Australia. A mysterious woman called the Authoress had promised to look after her - but has disappeared without a trace.
Then, a terrible secret. On the night of her twenty-first birthday, Nell Andrews learns something that will change her life forever.
Decades after, she embarks on a search for the truth that leads her to the windswept Cornish coast and Blackhurst Manor, once home of the aristocratic Mountrachet family.
Thirdly, a mysterious inheritance. On Nell's death, her granddaughter, Cassandra, comes into an unexpected inheritance. Cliff Cottage and its forgotten garden are notorious amongst the Cornish locals for the secrets they hold - secrets about the doomed Mountrachet family and their ward Eliza Makepeace, a writer of dark Victorian fairytales. It is here that Cassandra will finally uncover the truth about the family, and solve the century-old mystery of a little girl lost.
This is thoroughly enjoyable, classic storytelling, interspersed with surprisingly authentic fairy tales that echo the strange events in the book. Kate Morton just gets even better! 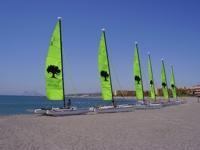 Devil may care by Sebastian Faulks

An impressive victory away to Lucena CF