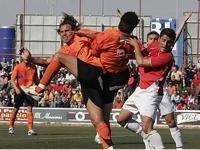 The last match of the season

UD Marbella lost 1  0 away to Portuense in a tight match, where both teams were looking to avoid any danger of relegation. Thankfully even with the loss, Marbella have avoided relegation and can now look forward to another year in the 2B division.

With nerves playing a big part, neither team wanted to make any mistakes and this certainly wasnt a match for the purist. Both teams and fans alike seemed to be more interested in what was going on elsewhere as 80% of the supporters could be seen with radios. In the end both teams achieved salvation from relegation and another hopefully less stressful season in the third tier of Spanish football.

Surprisingly in the first half it was Marbella that had the majority of the attacking plays, but couldnt quite find the back of the net (a problem they have had most of this season), with Portuense looking to pinch something on the break. With only a few seconds left in the first half, Portuense took the lead through Jorge Herrero, who took advantage of a ball that should have been put into the stands by the Marbella defence and made no mistake from close range.

Marbella started the second half looking for the equaliser that would guarantee their safety regardless of other results. The Portuense defence closed ranks and try as they might Marbella couldnt find a way through.

Most people had one eye or in this case ear at the Baza  Merida match where a Baza loss would guarantee safety for both Marbella and Portuense. Baza had raced into a two goal lead with half an hour to go which had both the Marbella and Portuense supporters very nervous, then a cheer started going around the ground as Merida started scoring and within 20 minutes Merida had turned the game on its head coming back from two nil down to win the game 4  2. This meant that with the score as it was between Marbella and Portuense both these teams were safe.

At the final whistle teams and fans alike celebrated together as the curtain closed on a happy note in what has been a very stressful season. 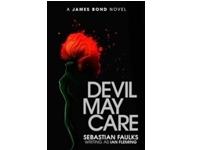 The Life and Times of the Thunderbolt Kid