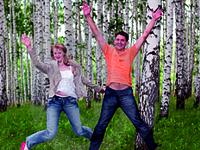 Living together in Spain

Spanish law will recognise this type of relationship as long as it can be proven that a couple is living together and it is in their common interest to live a life together. This also applies to couples of the same sex.

Similarly evidence of joint contracts, bank accounts, credit cards, rental contracts, sale of common assets all are evidence that the couple are sharing the same assets.

As long as a couple live together or have common children, they will be recognised as a legal couple; there is not time limit imposed to qualify as such although the law referred to as Ley de Arrendamientos Urbanos provides that if a couple have lived together for 2 years they have a common interest.

In any case registration of domicile with the local Town Hall, a Libro de Familia issued by the Spanish Civil Register, the domicile address used for tax purposes or indeed registration of the couple at the Registro de Uniones de Hecho are all, jointly or individually, ample evidence supporting the fact that a couple is living together.

Registro de Uniones de Hecho
It is estimated that there are about 100 local Registry Offices for this purpose throughout Spain. In order to be able to register couples must meet some basic conditions:

 They must both have attained the age of consent or otherwise have parental consent.
 They must be capable as defined by law.
 Registration of the union is not permitted between close relatives.

Couples can, if they so wish, agree to the equivalent of a prenuptial agreement stating exactly who owns what and what is to happen in case of separation or termination of the relationship. The difference is that such an arrangement can be entered into at any time during the relationship and not necessarily beforehand. Such a document would need to be made before a Notary Public.

Termination can be enforced by either party at any time, by mutual agreement or the death of a partner. Should the separation be the cause of a dispute in respect of assets, these would need to be resolved by a Court of law.

As a guideline of what might happen when an agreement does not exists, if the owner of the home acquired it before the relationship begun, then he or she may be permitted to keep the asset after termination of the relationship. However, if the property was acquired during the relationship, it will be taken to be jointly owned. Each is said to own an undivided half of such commonly owned property and each is entitled to his/her share of the property, unless it is otherwise specifically stated on the Purchase Deed.

When common children are involved at the time of termination of the relationship, the children are entitled to live in the house with the parent that the Court may determine, regardless of who might be the owner of the property. In the event of rented property, they will be allowed to live with the party that was mutually agreed or as the Court determines.

Urban Lettings Spanish Law (Ley de Arrendamientos Urbanos) states that when a rental agreement has been signed by just one party, then the other may also become part to the rental contract, provided that the couple had lived together for at least 2 years, or have common children.

Please remember that these are only general guidelines. Any questions about the law's applications to individual cases must be directed to a Spanish lawyer.

What would happen if the couple stop cohabiting and one of them buys a property in their name only with the idea of living in the property alone, does this person own the property or does the ex partner have rights to a financial stake in this property ? Also, does the ex partner have any rights to claim spousal financial support or would that only relate to the children of the couple ?

Editor's comments: Our lawyer will be replying to you shortly on this point 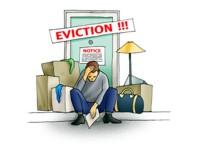 Squatters in your Spanish property?
What can you do when your tenant stops paying the rent?. By Des Sparkes LLB.LLM, members of their local Spanish Law Societies and the English Solicitor is also a member of the Law Society of England & Wales.
The few that lose the trust of many