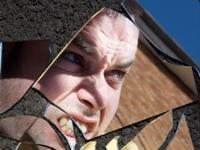 Rage, in psychiatry, is a mental state that is one extreme of the intensity spectrum of anger.

At the lower end of the scale, you start off with some incident or event that causes annoyance. Add a few more annoying incidents to the experiences already accumulated deep in the subconscious and the next reaction is a visible act of anger.

The height of that anger depends on the individual and the amount of annoyance stored. Past the anger stage lays rage. An inexplicable, senseless, impulsive, thoughtless, uncontrollable, destructive behaviour aimed at anything or anybody that happens to be near, regardless of any consequences to others or to oneself.

Some psychologists, such as Bushman and Anderson, argue that the hostile/predatory dichotomy that is commonly employed in psychology fails to define rage fully, since it is possible for anger to motivate aggression, provoking vengeful behaviour, without incorporating the impulsive thinking that is characteristic of rage.

The stress of driving on todayÂ’s roads can cause an aggressive over reaction to an every day pent up frustration which eventually results in what we define as road rage. Almost everyone has experienced some form of road rage, even if just for a few seconds.

Theory places the blame on outside influences, such as violent television programs and exposure to violent video games, but there are specific elements that aid with rage being expressed. This is seen when an individual perceives a narcissistic injury that is experienced as being profoundly unfair; the individual has no hope for achieving a reasonable resolution of the injury and the individual reaches the decision that the injury cannot be tolerated further and must be responded to with action.

When normal reaction escalates, psychologists call it Â“intermittent explosive disorderÂ” (IED), an aggressive over-reaction to everyday stress. IED is more explosive than rage and even more common for people to experience than rage. Part of a study done in Baltimore found that people who experienced the greatest risk for IED were those who are less educated. Now put together a few hundreds or even thousands people suffering from the same pent up frustration and it takes just one of them to express his rage and become the spark that sets all the others off. This is what I call a riot, just as we have seen quite recently in Manchester.

We are disgusted at the number of youths dying from stab wounds in the UK, just as we are amazed to read about the increasing number of young kids committing suicide and we fail to understand the riots that have been taking place in Britain at an increasing rate over the past decade.

The police get blamed for not doing their job, jails are full at the expense of the tax payers, prisoners wander off without leave, yet I cannot see anyone doing anything that might cure the root problem.

I see nothing being done to remove the cause of frustration that keeps accumulating day after day in the nationsÂ’ subconscious. I would not be surprised if next we have a police riot because of their pent up frustration!

No, it is not really because of violent films and video games, if anything it is conceivable that these help to relieve some frustration; no, it is not down to the police not doing their job or the courts not being severe enough. In my candid opinion it is all down to the way the country is run, those damned politicians who would give priority to their personal popularity and to lining their pockets rather than repairing the damage that ails their country, starting with the quality of education, which would now need to be extended to re-educating parents and the level of immigration that has grown completely out of hand at the expense of the English language and good, old British tradition.

If IED is more common with less educated people, than it might explain why the better educated express their rage in a more controlled manner and quite simply emigrate. 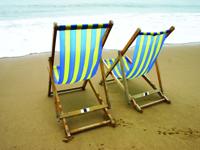 Costa del Sol - a little corner of peace on earth.
Almost entirely unaffected by the tribulations that plague the rest of the world.
I like to live on the Costa. So, donÂ’t spoil it!