The few that lose the trust of many

Now that one has to work for a living here on the Costa del Sol, some find it difficult to come to terms with it and are opting for an easy option back home, butĀ…

However more difficult it may now seem to deceive people, there are still those who have not quite given up on their scams and persist in their attempts to make easy money.

If something sounds too good to be true, the chances are that it is! One thing you can do is to be wary of mobile numbers and fake addresses. Of course it is acceptable that we all have to start somewhere, it is also acceptable that we may have to work from home before affording business premises, and there is no shame in this.

But what is less acceptable in my book is not to be given a proper address, a land telephone number and often not even a NIE/CIF number by people touting for business. This particularly applies to service providers and especially advertising in publications that seem to spring out from nowhere and disappear just as suddenly, there are far too many out there trading illegally.

Ā“I do not want to be disturbed in the privacy of my homeĀ” or Ā“I donĀ’t like to give my home addressĀ” are just feeble excuses as far as I am concerned.

Why would anyone Ā“in businessĀ” want to hide his whereabouts and even his identity, when the NIE/CIF number is not given either? Surely the idea of Ā“businessĀ” is to let as many people as possible know where you are.

A shop online recently contacted us requesting to be listed on our online directory. They did not even disclose a telephone number, we contacted them by email pointing out that as a company asking for payments online they should give their details. Their reply was that they do so only after people have agreed to do business with them, as they do not wish their time to be occupied by time wasters. Needless to say we told them where to get off, but we never found out where they were. They could have been in Nigeria, for all we know. Never send money or credit details online to anyone you have not heard of before, especially when they do not even have the decency to tell you who and where they are.

But this does not apply just to services and online shopping, recently we have also been approached by a reader who paid a tidy little sum to a company offering internet connection in locations where telefonica cannot not reach. The installation was never provided and the money never seen again. After due deliberations it would appear that the company is a UK company (that does not exists) trading in Spain with a company (that does not exist), with a website and with a number of other victims who seem to have suffered the same fate.

Some scam artists now even hide behind P.O. Box numbers and occasionally even accommodation addresses and virtual office telephone numbers, although it is assumed that companies offering secretarial services and accommodation addresses are required to ensure they have a record of their virtual tenantsĀ’ true identity (passports, ID, company registration, etc.) 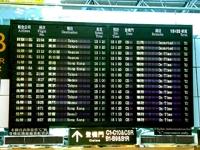 Always read through estate agentĀ’s contracts before you sign them.

Do You Need to Make a Will in Spain?