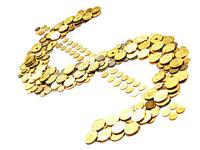 Says Tim Lock of Graydon & Associates, a Fellow of the Securities & Investment Institute.

Gold is certainly having a roller coaster ride mainly due to erratic movements in the dollar and investors belief that the dollar is a safe haven in times of adversity. However, the rhetoric that comes from the mouths of politicians to maintain their paper currencies is breathtaking. We are constantly informed that our economy is in good shape, we have low inflation and low employment, yet nearly half the population gets its income from either government handouts or government employment.

If our economy is to have any hope of surviving, it must be based on our ability to produce either services or goods that the world wants and not to spend money we import from other countries. It must not let itself become entangled with a European Union where political paralysis, social philosophical values and an economy obsessed with subsidies, regulation and trade barriers will lead to economic decline and global irrelevance. It must certainly not be based on the legions of bureaucrats being paid billions of pounds of our tax money every year to ban us from hunting, from smoking and our freedom of thought and ban everyone except their own elite from enjoying large cars, large drafty houses and the money we have earned.

The monetary policy, as adopted by the worlds central banks to fight off the economic slump and the threat of deflation, was to increase money supply and create economies where debt was reclassified as a virtue. The process has been one of currency debasement. Such a process is a denial of basic principles that might, if given time, hopefully evaporate. If not, then they become cancerous.

Gold will ultimately be the beneficiary of these policies and in spite of some volatility it will be a safe long term investment. In real terms, for todays gold to match the price of January 1980 (approaching $900 an ounce) it would have to be over $2,000 an ounce. It may not reach that target in the near term, but it will certainly go much higher than it is today and could do so by the end of the decade. You should have some gold in one form or another in your portfolio, if you want to protect yourself. 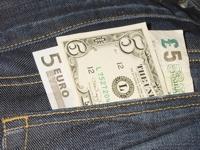 Britain's Strength???
If you watched the recent Budget, without knowing anything else about life in Britain, you might have been convinced that the UK is the place to be if a global recession hits States Allan Graydon of Graydon & Associates.
At long last! A mortgage advisers regulatory body in Spain!