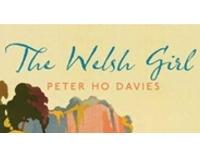 Book Review by B. Williams Ā– The book is available at Glitterati, a few minutes walk from Estepona Port 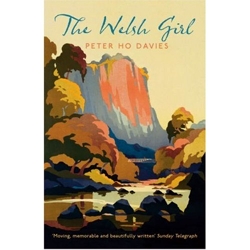 From the moment we open this first novel we are greeted with an OED definition of the verb Ā“to welshĀ”, immediately alerting us to the pun in the title and giving an unambiguous foretaste of the novelĀ’s major preoccupations with deception and betrayal.

This story of connected conflicts opens in 1942 in a Welsh village where Esther, a sheep-farmerĀ’s daughter and part-time barmaid, rejects one soldier and is raped by another, becomes pregnant, but falls in love with a German POW ashamed for having surrendered.

Not far away, in a guarded asylum, Rudolph Hess is being delicately interrogated by Rotherham, a German Jewish refugee so unsure of his own identity that the tables are perilously close to being turned, so that prey and predator are indistinguishable.

These dramas are played out in the small mountain community where a POW camp Ā– perhaps the supreme symbol of human displacement Ā– is being built, and much of the book deals with the loss of territory and the identity it provides as well as the power of language, both to identify a nation and to unite its people. Another theme Ā– perhaps a theme too many Ā– is that of honour, and its loss, and how a manĀ’s honour is so much more accessible to recovery and redemption than that of a woman.

A fine book this is, but not one to race through; it requires a fingertip search to appreciate its subtleties. The plot, as delicately crafted as a hand-carved Welsh love spoon, delivers so much that the reader must ration himself. 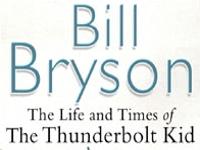 Ā“The Life and Times of the Thunderbolt KidĀ”
By Bill Bryson, Book review by B. Williams Ā– The book is available at Glitterati a few minutes walk from Estepona Port.
A Thousand Splendid Suns by Khaled Hosseini