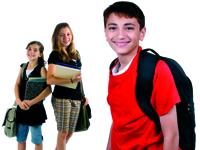 Would you fake your divorce to get school places for your children?

Spanish family court judges believe parents are divorcing to increase their children's chances of getting into their preferred state school.

A change in the law, effective from the beginning of last year, means a child receives extra points if they live in a single parent home. In most cases, the children in this category have either divorced or officially separated parents.

During March 2007 - the cut-off month for entry into state schools - court officials say the number of official separations compared to other months rose by 50%, the same rise occurred this year. Investigations are on their way to see if these divorces were genuine.

Under the new regulations and the "fast track" divorce available, couples can officially be separate within three weeks.

Court officials say they have seen couples who have recently divorced, back in court after the school entry date, seeking reconciliation. Faking divorce is not an offence in Spain.

The Andalucia Regional Education Department says that since the change in the law they are receiving complaints that parents are divorcing to secure school points.

"But they are very few and where there are cases reported to us we investigate and if found to be true the child is not allowed into the school.

A spokesman apparently told the BBC that "Most parents who commit this type of fraud do it by providing false information about their home address or income, not by divorcing." Nevertheless a 2005 change that streamlined Spain's divorce laws is contributing to the fake divorce phenomenon. 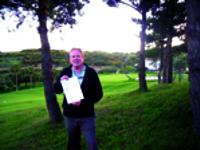 Pressure on Spain from Brussels.
The community at Estepona Golf hope that the European Parliament will put pressure on Spain to change its housing laws and offer better protection to existing homeowners and buyers all over Spain.
Axel Lind in Sotogrande