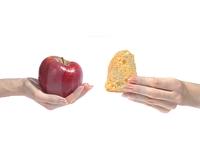 Diabetes, how to deal with it in Andalucia

Some years ago, when one had more respect for doctors in Britain than we do now, I complained about my ear saying that something was not right. I was told it was because I smoked and that I should give it up. A few weeks later I went back again with the same complaint as I felt it was getting worse, the doctor refused to do anything unless I gave up smoking. I am now deaf in that ear and I suffer from severe, continuous tinnitus. Needless to say, I shall never forgive that doctor, especially as I was recently told that had I been seen by a specialist without delay, my hearing could have been saved.

So while doctors in the UK may wish to or do discriminate against smokers and obese persons, they tend to overlook the fact that these conditions are the result of modern living and the main cause of diabetes 2 which has finally come to surface as far more extensive and serious than it was thought to be.

While still debating as to what percentage of the population in Britain is yet to be diagnosed with the ailment, the government here in Spain has actually been doing something about it for a while, tackling the diabetes 1 & 2 problem head on.

In its first year since opening, the Hospital de Día de Diabetes del Virgen del Rocío, in Malaga has reduced the number of would be in patients by 85%. This represents a total of 1,978 medical consultations and 3,747 nursing cases; it is the assured availability of continuous, fast and individual attention, with special emphasis on education about the ailment, that is beginning to show dividends, before it actually becomes a more difficult to deal with epidemic.

The education factor was the main contributor to arming patients with the necessary ability to understand and control their own infirmity, while increasing the level of prevention. Nurses specialized in diabetes were instructed to tackle the educational work whilst also involving the patients families. In the course of 2005, the number of these education sessions doubled to a notable 2,339.

The Malaga centre is not the only one in Adalucia, there are similar facilities in Seville, Palma de Mallorca, Alicante and other places.

So while in Britain they are still debating as to the extent of the condition, which by the way is one of the main factors leading to heart attacks and strokes, here in Andalucia we are lucky enough to be helped to control it, prevent it and learn to deal with it.For further information you may visit the official health department, which by the way you can also use to make appointments with your doctor anywhere in Spain:  http://www.juntadeandalucia.es/servicioandaluzdesalud/principal/ 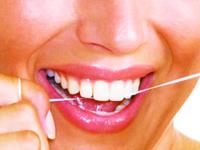 Facts on Flossing
Brushing is important but it won't remove the plaque and particles of food between your teeth, under the gum line, or under braces. You'll need to floss these spaces at least once a day.
Remember to protect your eyes.

Do it Right for healthy teeth!