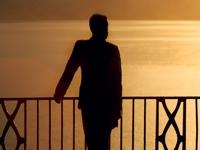 We must stop those who make the Costa unattractive

I have often talked about common sense becoming a scarce commodity; itÂ’s a bit like those animal species that are becoming extinct. If thatÂ’s not bad enough, it would seem that there is new specie gradually replacing it and starting to prevail. I call it pure and utter stupidity; it may have something to do with the ever lowering standard of school education that has been imparted over the last 3 decades.

There was a time, not long ago, when it was clearly evident that natives of the Costa del Sol did not trust any intermediaries. They did not keep their money in the bank, they disliked borrowing from banks, they never used estate agents to buy or sell their homes, they usually paid their bills to avoid embarrassment in public, they avoided lawyers like the plague andÂ… put their prices up at the bars every time a tourist bus or car entered their village, making it painstakingly obvious that the only reason for their smiles and attention was due to their love for the money in our pocket.

Apart from the doctors, the school teachers and the few that managed to get a brief spell of education outside their village and sponged on everyone else, the rest of the villagers earned their living in the campo, fishing from a small boat, scrounging or had a shop in their front room, this includes bars and even restaurants.

Regretfully, a leopard never changes its spots, which, in my books, means that despite appearances, nothing much has changed. The villages have grown, the spongers are more numerous, the shops have moved to retail premises, there is no more fish left in the water, most Â“camposÂ” have been turned into urbanisations for foreign residents and the prices at the bars and restaurants are up on a permanent basis. Even parking places have been reduced to a minimum to allow for maximum (sponging) parking fines mostly given to foreign drivers or Spanish outsiders. It got worse!

Does this sound bad? I am afraid it does! But whose fault is it? If the keeper condones the leopardÂ’s bad behaviour, itÂ’ll just get bigger, stronger and worse for wear untilÂ… it finally kills the one that fed it in the first place. So, who is to blame, the leopard, who doesnÂ’t know any better, or the keeper?

If we like living on the Costa del Sol, it is high time that we start taking the reins and correct our mistakes. It is us who misunderstood money grovelling for friendliness in bars and restaurants; it is us who left much too generous tips that encouraged price increases. It is us that never protested when squeezed for money, encouraging even higher prices. It is us that showed our willingness to use more spending power and made higher offers for properties just to impress and make sure we get them. It is us who paid inflated property prices just because the estate agent spoke English. No bloody wonder the Spanish now go against their nature and put their homes for sale with foreign estate agents!
ItÂ’s is those rip off artists who have come to the Costa to blood suck on their co-nationals that gave the locals the bad example and the incentive to do the same and in particular the estate agents who brought hordes of UK buyers to the Costa under the false illusion that they would sell a property and make a profit before it was completed. No wonder the Spanish have built such a surplus, even on green belt! Â“Who cares if itÂ’s illegal? Just get the money while we can!Â” Is it really their fault they have been led to believe on a never ending source of ever increasing selling prices?
Regretfully, now that they have got used to the life of Riley, the natives are reluctant to face reality, to face the real people of the Costa, the bastion that makes it thrive. So, if we do care to live here, if we really do like to continue with our life here, letÂ’s put out foot down. Let the shops for rent be empty until the rent is reasonable, let the houses be empty until the rent is reasonable, donÂ’t buy that coffee where itÂ’s clearly unreasonably dear, get them on their knees, let them gasp for money until they understand the game is over and become competitive again. Just refuse to pay unreasonable prices.
In short start teaching, let them see the alternative thatÂ’s left to them, because if we do all go their only way forward is back to the campo.
As a final word, remember that English is not a reference so make sure who you are dealing with, there are still far too many vultures feeding on the real people, letÂ’s get rid of them. 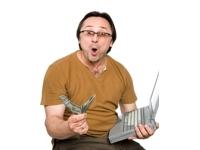 Now pay for the Price of greed!
Many have left the Costa, some have gone back to the UK, others have moved to what appear to be more appealing countries. WhatÂ’s gone wrong?
Who is ruling Britannia?