There are certain requirements to qualify as adopting parents in Spain and the first is that applicants must be resident in Spain, at least throughout the adoption procedures.

As resident in Spain a prospective adoptive parent, even if single, must be at least twenty-five years old and be at least fourteen years older than the adoptee. Although married couples can adopt jointly as parents, at least one of the prospective adopting parents must be 25 years old. Adoption by couples of the same sex is not permitted, although one individual can.

By the same token the person being adopted must be under 18 years of age unless the child has already been living continuously with the proposed adoptive parent for a period of time before reaching the age of 14.

In law, adopting a child has the same effect as replacing the natural parent(s) and it carries the same responsibilities and duties that natural parents have. For that reason the granting of an adoption order can only be made by a Court.

There are some 17 Autonomous Communities in Spain, each one with its own department dedicated to adoptions and each one acts as the Central Authority in respect of their territory. For this reason, the first applications for adoption must be placed at national level with the Dirección General del Menor y Familia in Madrid, this is the office responsible for transmitting adoption requests by prospective adoptive parents to the Central Authority in the appropriate Autonomous Community in which the adoption will take place.

The process is lengthy and it can take about 15 months. It is advisable that you employ the services of an agency to act for you but make your own research and ensure that the intermediary is able and capable of carrying out the required formalities and is recognised by the Authority. A lawyer is probably best to complete the application, present the right documentation and represent you at the Court Hearing that will or will not grant the proposed adoption.

The following documents will be required to accompany the application:
1. birth certificate;
2. marriage certificate (if applicable);
3. police record;
4. medical certificate; and
5. bank statements.

Once the application is received by the Autonomous Community, the adoption department will assess the ability and capability of the proposed adoptive parents, to include a psycho-social study. The resulting report is then presented with all other relative documents to the Court within the Autonomous Community where a Judge will make the final decision.  Any child 12 years of age or older will be permitted to express his own opinion about his proposed adoption. Adoption is irrevocable but in some cases the Court may decide to grant a conditional adoption that can be revoked within the first two years. Such a stringent report is not required if the child is an orphan and related to the parent(s) by blood or marriage, if the child is the child of a prospective parents spouse, if the child has been kept by the prospective parent(s) legally in a pre-adoptive status or has been under the parent(s) care for more than one year, or if the child is underage but considered independent. But it is worth emphasizing that prospective parents may not adopt their own descendents or immediate blood relatives, and may not adopt second-degree relatives (i.e. niece, nephew) by blood or marriage, unless they are orphans.

The above is just general information. You should consult a Spanish lawyer for legal advice on a specific situation or a particular set of facts 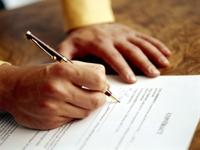 Always read through estate agents contracts before you sign them.
Most people do not and then find they have something to regret, says Des Sparkes LLB LLM
Do You Need to Make a Will in Spain?

Copyright and Intellectual Property in Spain